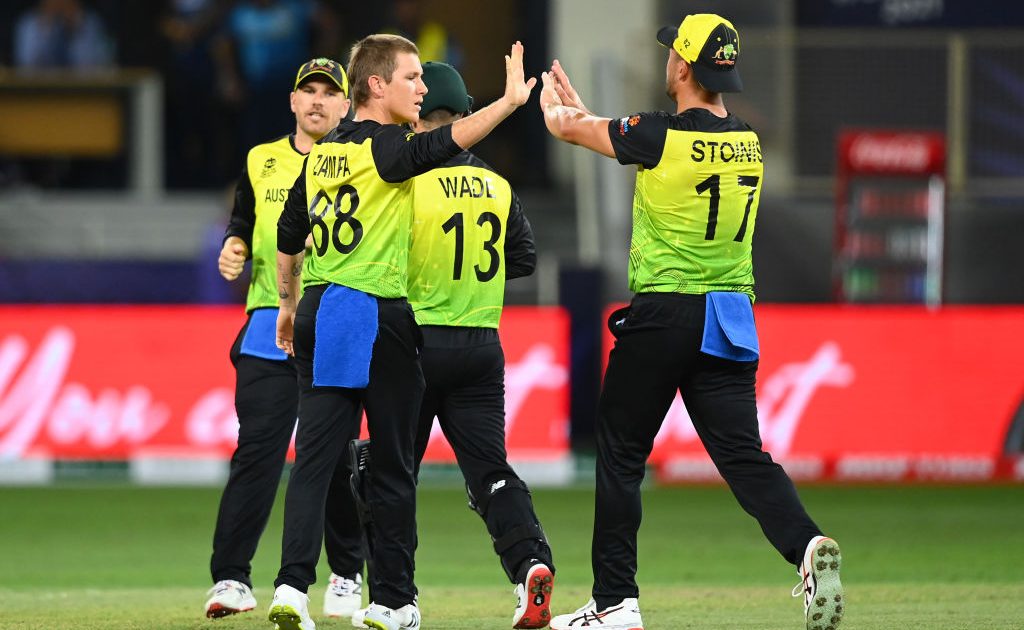 Aaron Finch lauded the impact of man of the match Adam Zampa in Australia’s victory over Sri Lanka at the T20 World Cup.

Zampa was tasked with pulling back a Sri Lanka effort that got off to a flying start.

Charith Asalanka and Kusal Perera were going great guns until Zampa stopped them in their tracks.

Zampa claimed the prize wicket of Asalanka and the scalp of Avishka Fernando on his way to figures of 2 for 12 from his four overs.

Zamps slows it right down

The leg-spinner was effective in slowing Sri Lanka’s charge and played a bi part in restricting Sri Lanka to 154 for 6, which was chased down with three overs to spare.

Speaking after the match Finch said: “That was a really good performance. Sri Lanka got away to a flyer with the bat and the way that Adam Zampa in particular was able to drag that back through the middle, and then Mitchell Starc to have a real impact and bowl them two overs back-to-back through the middle phase where generally we would go with two at the death, he was fantastic.

“I felt like they were going at 15 an over through the Powerplay. I still felt it was a really good wicket so to chase that down was really nice. We knew we had to be a little bit calmer because when the ball was flying around it felt like they were going at 15 an over but when you looked up it was only 8 an over. So it’s just a bit of a reminder to stick to our plans and don’t start playing on emotion because that’s not when Australia plays our best cricket.

“They’re such a dangerous side and have guys who can take away the game quickly. We knew that spin was going to have such a big impact outside the Powerplay, Hasaranga and the offspinner Theekshana, so we knew their quicks we had to take a bit of a chance on and we got away with it but Davey played a beautiful knock.

“As a batter, I love batters getting [Player of the Match] but I think when you’re looking at the impact on a game, Zamps was terrific tonight. On the back of a really good Powerplay from Sri Lanka, the way that he controlled the game, especially from that bottom end where the right-handers had a short boundary to hit to, he was fantastic. He got big wickets. That was a world-class performance from him. It’s always a great battle [against England]. We’re looking forward to it. They’ve probably been the form side in white-ball cricket for a long time. We love playing them and it’ll be an entertaining game.”