Team of the month 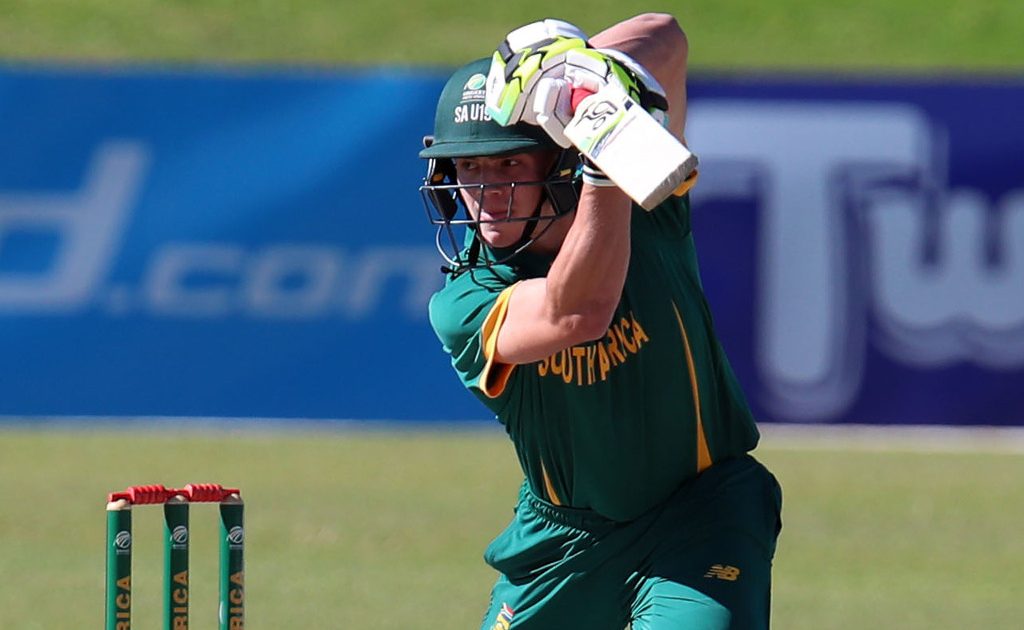 The nominees for ICC Players of the Month for men’s and women’s international cricket have been announced on Tuesday.

An independent ICC Voting Academy* and fans around the world can now vote to decide the winners, which will be announced next week. Fans registered on icc-cricket.com/awards are invited to cast their votes for their favourite ICC Players of the Month for January.

ICC Men’s Player of the Month for January:

Nicknamed Baby AB, South Africa’s Dewald Brewis left a mark in the recently concluded ICC Men’s U19 Cricket World Cup. In the course of the tournament, Brewis made a magnificent 65 against India, followed by a century against Uganda, a 96 against Ireland, a 97 against England and a sublime 138 against Bangladesh to round his tournament. With a total of 506 runs in the tournament, he finished as the leading run-scorer of the tournament at an average of 84.33 and now holds the record for the most runs in a single edition of the ICC Men’s U19 Cricket World Cup. He was also adjudged as the Player of the Tournament.

Eleven Tests, 18 wickets and a career-best of 6 for 46, made Ebadot Hossain the newest sensation of Bangladesh cricket.

The 27-year old’s maiden five-wicket haul helped Bangladesh inflict a huge historic eight wicket win over the ICC World Test champions New Zealand in the first Test at Bay Oval in Mount Maunganui last month. Ebadot Hossain came into the Test match with 11 wickets in 10 games after making his international debut against the Kiwis in 2019. In the first innings, Hossain picked just one wicket for 75 runs but when the Kiwis batted for a second time, Ebadot Hossain delivered his career best performance, as the right-arm pacer dismissed Will Young, Henry Nicholls and Tom Blundell within a space of 11 balls to put Bangladesh on top at stumps on Day 4.

Keegan Petersen steered South Africa to a stunning Test series win over India last month. Petersen scored a superb 82 as South Africa completed a seven-wicket victory in the third Test and a 2-1 series win over India on a spiteful Newlands pitch having chased down their challenging target of 212. Petersen, who was the leading scorer in the series with 276 runs, was the anchor for the home side on a difficult wicket for batting and was also adjudged the Player of the Series.

ICC Women’s Player of the Month for January:

In the ICC Commonwealth Games Qualifiers held in Malaysia last month, captain Chamari Athapaththu struck 57 off just 29 balls to lead Sri Lanka to a nine-wicket win on day three of the tournament earning her also the title of the Player of the Match. Athapaththu was also the leading run-scorer in the ICC Commonwealth Games Qualifier in Malaysia as Sri Lanka won all four of their matches.

Deandra Dottin smashed her career-best ODI score of 150 from just 158 balls – a superb innings with 18 fours and four sixes. In doing so, she set West Indies women up in the opening ODI against South Africa in Johannesburg. Her 186-run third wicket stand with Hayley Mathews took the team past 200. Mathews fell after her half-century, but Dottin carried on pushing West Indies to 234 for 3 in the 46th over before rain intervened. The second ODI between West Indies Women and South Africa ended in a pulsating tie and a Super Over was played to decide the winner.

Opener Deandra Dottin scored a quickfire 37 off 31 balls at the top of the order, whilst Chedean Nation helped herself to 35. And a super over was played to break the tie and decide the winner. Off the first delivery of the Super Over, Dottin scored a couple. The second delivery was bowled on off stump, and Dottin played the scoop as the ball went past short fine leg for four. The right-hander smashed the third delivery over the bowler’s head and the ball sped away to the boundary. Then came a massive six over Long On. The bowler, Shabnam Ismail bowled a slower delivery, but Dottin had spotted it early and sent the ball soaring into the stands earning her instant praise from the global cricket community.

Last month Knight played a single Test against Australia as part of the Women’s Ashes Tour. An unbeaten hundred from Heather Knight, her second test century had helped England stay afloat on day two of the only Women’s Ashes Test at the Manuka Oval in Canberra. Having lost openers Lauren Winfield-Hill and Tammy Beaumont early, England were 23/2 when Heather Knight and Nat Sciver looked to put on some resistance and bring some stability to the innings.

In between several dismissals, Knight continued to score runs, finding boundaries including a slog sweep for six. At tea, England were still at risk, needing 67 more runs to avoid a follow-on. While Charlotte Dean resisted for a bit, putting on a 30-run stand with Knight, Australia struck twice in six overs before Knight and Ecclestone joined hands and revived the innings a bit with a half-century stand. By the time Anya Shrubsole was dismissed, Knight had gone into the nineties. With Ecclestone appearing more at ease than the rest of the batters, Knight grew in confidence and attained her second Test century.