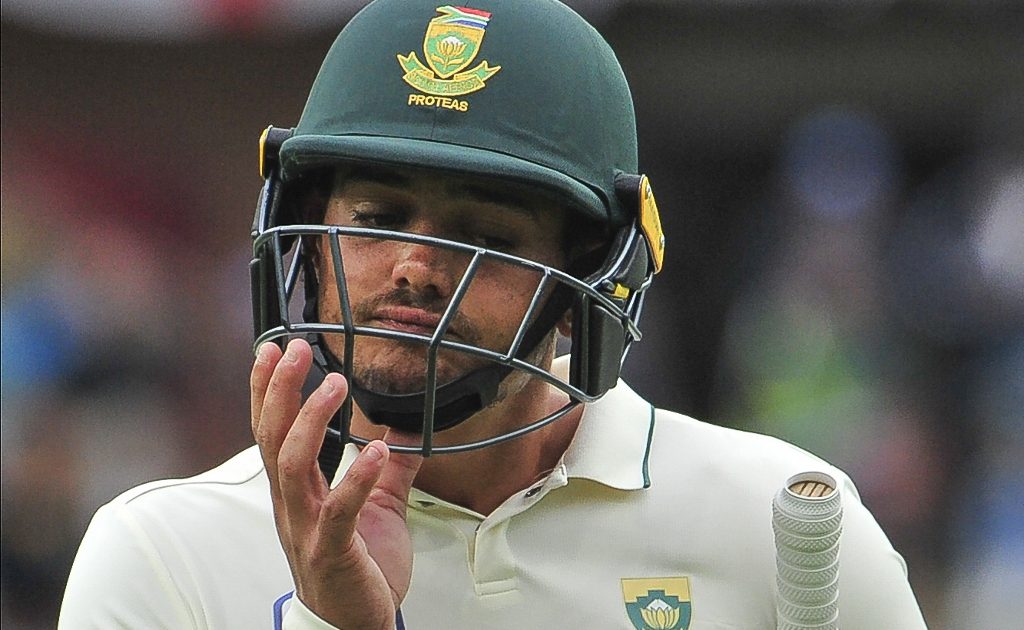 Quinton de Kock’s abrupt retirement from Test cricket could lead to the exodus of more players from the South Africa side.

This is the opinion of former Proteas opener Alviro Petersen, who was surprised by the wicketkeeper’s decision to hang up his gloves suddenly.

The 29-year-old De Kock, who was scheduled to miss the remainder of the Test series against India over the birth of his first child, announced his retirement after the Proteas’ 113-run defeat to India in the Boxing Day Test at SuperSport Park on Thursday.

The veteran of 54 Test matches added that he will only be available for selection for T20s and ODIs in future.

Petersen, perhaps best known as Graeme Smith’s long-time partner and a veteran of 36 Tests himself, voiced his dismay about the decision ‘Quinny’ made.

“To be honest, I am a bit shocked by his decision,” said Petersen.

“During the lunch break of day five in Centurion, I noticed that he was not quite 100% because Quinny is a player who likes to play his shots.

“Often when there is stuff happening with family or you are on a long tour, one foot is always on the plane and I had the sense that with him it was almost like one foot was already at home.

“I am surprised but you can also understand that all the lucrative T20 leagues around the world and The Hundred [franchise 100-ball cricket tournament in the UK] now have changed the mindset of players.”

A devastating opening batsman in white-ball cricket, having played 124 ODIs and 61 T20s for South Africa, De Kock had previously spoken about how difficult touring is constantly travelling between biologically safe environments.

“In the past, Test cricket was the pinnacle and slowly that is being changed with guys looking after their financial wellbeing,” Petersen added.

“Priorities have changed and he won’t struggle to get a T20 or The Hundred contract.

“I thought it was strategic from his side and I understand where he is coming from.

“We are going to see more of this in the future where guys are going to choose to play white-ball cricket and in the leagues around the world because Test cricket does take a lot from you.

“Also, with bio-bubbles now you don’t have the freedom and sometimes you can’t see family and friends. It does become difficult.

“Probably all these things were taken into consideration when he made his decision.”

In recent times the Proteas batting line-up has also not performed as well as expected, and the loss of one of the team’s more experienced players will be a further setback for the team, even though there are talented players on the fringes of the side.

“It’s a big blow. Test cricket is about scoring hundreds and his absence is going to leave a big hole for SA,” Petersen continued.

“But at the same time, this is an opportunity for someone like Kyle Verreynne.

“Kyle has been around the squad for a while now and he would know what is expected of him because he understands the dynamic. This is the time for him to step up at international level.

“International cricket is basically putting yourself under scrutiny, because people are going to watch you closely and that brings lots of pressure, and he will have to manage that pressure.

“There is also the issue of Ryan Rickelton, so the decision-makers will have to decide who they go to fill this hole that has been opened up by Quinny.”

South Africa will host India in the second Test at the Wanderers in Johannesburg on January 3, with the final match of the series set to start at Newlands in Cape Town on January 11.