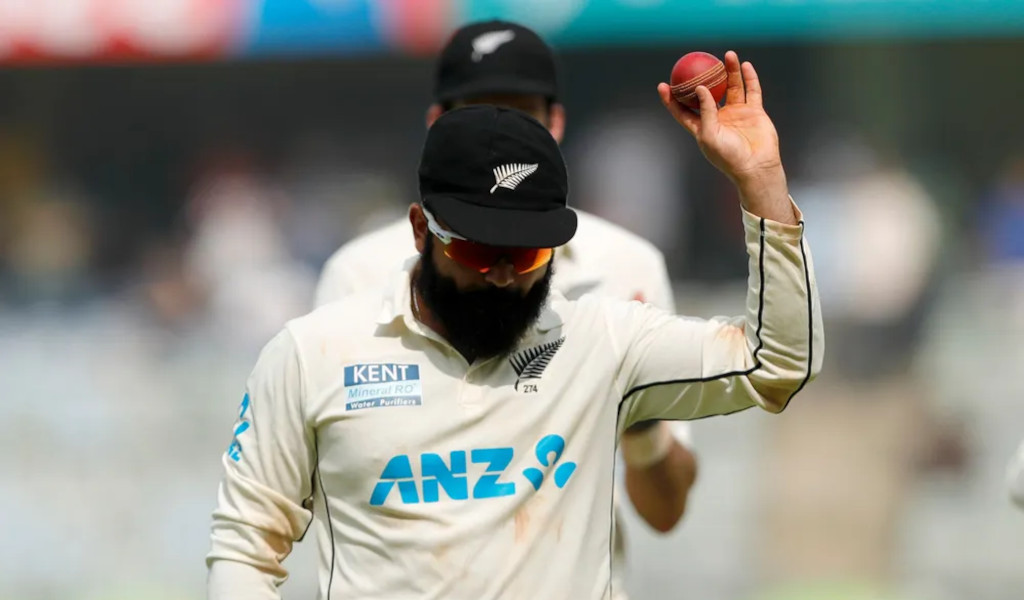 Black Caps spinner Ajaz Patel claimed all ten wickets in the first innings of the second Test against India, becoming only the third bowler in cricket history to achieve the feat.

The orthodox left-arm spinner added to his overnight tally of four wickets as he ran through the India middle and lower order to return figures of 10-119.

India were bowled out for 325, and no other New Zealander got into the wickets.

The only other players to achieve this incredible feat were also spinners.

England off-spinner Jim Laker was the first bowler to take a Test ten-for, spinning out Australia during the 1956 Ashes series at Old Trafford.

Laker took 19 wickets in the match, a record that still stands to this very day.

However another longstanding record has been broken as Ajaz went past New Zealand’s Test-best of 9-52 by fast bowler Richard Hadlee, who destroyed Australia at the Gabba in 1985.

Indian spin legend Anil Kumble is the only other player to bag all ten in a Test innings, patiently picking apart Pakistan in 1999 at Delhi’s Feroz Shah Kotla.

Kumble was among the first to congratulate the Mumbai-born spinner, who achieved this remarkable feat in his former hometown.

“Welcome to the club #AjazPatel #Perfect10 Well bowled! A special effort to achieve it on Day1 & 2 of a test match,” Kumble would post on his Twitter account.

Ajaz pegged India back in the first session of day two with wickets in successive balls.

He wouldn’t complete the hat-trick and India batter Mayank Agarwal notched a brilliant 150 to help India to what still looks a challenging total.

The wily spinner trapped Axar leg before and wrapped up the India innings with Mohammed Siraj being his final scalp and the Kiwi players engulfing him in celebratory embrace.

India would seize the initiative right back though as Siraj claimed early wickets to have the tourists on the ropes.