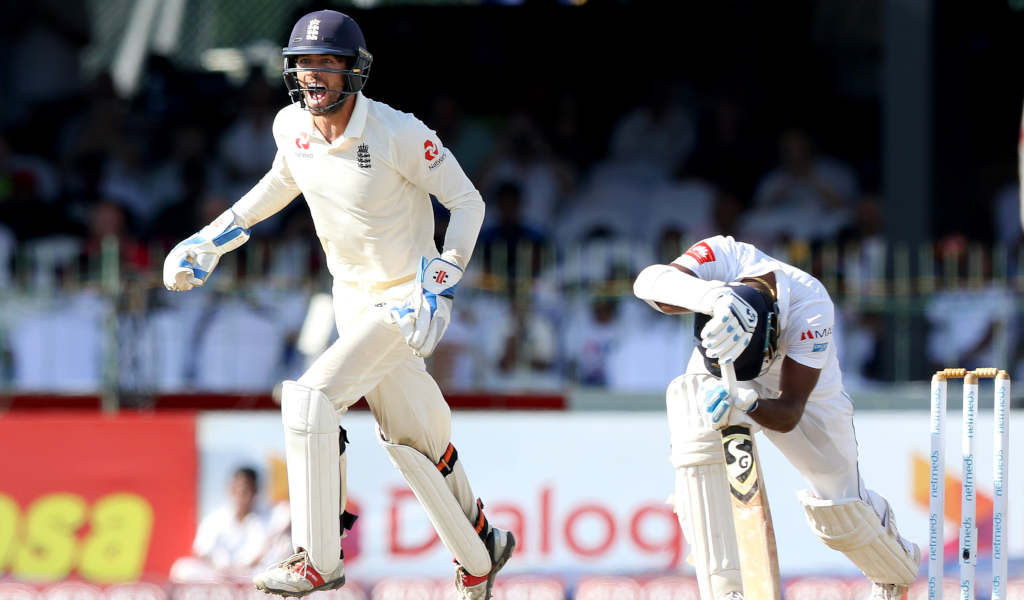 The controversial omission of James Anderson and Stuart Broad has dominated the build-up to England’s tour of the West Indies but Ben Foakes insists a much-changed squad is straining at the leash to bring “new energy” to the Test side.

England touched down in Antigua on Friday with a new-look group, shorn of eight players who bore the scars of a 4-0 Ashes thrashing and with Paul Collingwood as interim head coach following Chris Silverwood’s sacking.

The shadows of the country’s two leading wicket-takers loom largest of all, but for the likes of Foakes, Matt Fisher, Saqib Mahmood, Matt Parkinson and Alex Lees the next few games represent a huge opportunity.

With just one win in the last 14 Tests the team is close to rock bottom in terms of results and some inexperienced players have been asked to help lead the recovery.

While the gap left by Anderson and Broad – numbering 321 caps and 1,177 wickets – will take some filling, there is no shortage of enthusiasm from those with slimmer records to lean on.

“I’ve seen the whole ‘reset’ and ‘refresh’ sort of stuff thrown about. I’m sure that stuff will be talked about,” the Surrey wicketkeeper said after arriving for the three-match series.

“The senior players who aren’t here are obviously incredible cricketers for England, but when you bring in new guys it does bring new energy naturally, because everyone is buzzing to be there for the first time.

“This is a young squad and that brings excitement and the exuberance of youth. In general I’d say definitely there is a vibe of that. The mood seems pretty high. Obviously I wasn’t around for too long out in Australia, but it obviously looked like a tough tour. I think our young group all just are champing at the bit to get going.”

Foakes is hoping it is third time lucky for his Test career after winning eight caps over the last three-and-a-half years.

An impressive first run in the side was cut indecently short on England’s last tour of the Caribbean in 2019, with the 29-year-old arguably acting as fall guy for other more established names, while his second stint saw him briefly filling in for the rested Jos Buttler in India.

Now, with Buttler’s red-ball career seemingly close to an end and Jonny Bairstow set up as a specialist batter, the way looks clear for Foakes to achieve his lifelong ambition.

“I’ve devoted my career to trying to play Test cricket. Test cricket has always been my passion, so getting to this level and performing is 100 per cent what I’ve invested my time in,” he said.

“I’ve probably been around for a few years now and felt pretty comfortable in the environment but, other than one spell for a couple of games, I’ve not really been number one.

“It’s definitely a different experience to be going in as number one.”

Revisiting his first dropping, just two matches after being named player of the series in his maiden series, Foakes finds it hard to hide his disappointment.

“I didn’t expect it at the time coming off the back of the Sri Lanka tour,” he explained.

“Being on cloud nine from that, I guess it’s fair to say at the time I thought I might get a slightly longer run. When you’re new into a team and you’re losing, I guess you are vulnerable.

“It is international sport, it’s obviously quite a tough environment and things like that do happen so I completely understand how it could happen but I’m hoping to get a run this time.

“I guess when you’re on the fringes for a number of years, it can just weigh you down mentally to always be having it on your mind.

“I think with age I’ve learned to be able to deal with it and not put all my focus into one thing, be a bit more balanced with it, but it’s definitely something that I think all players on the fringes have found difficult in the last few years.”