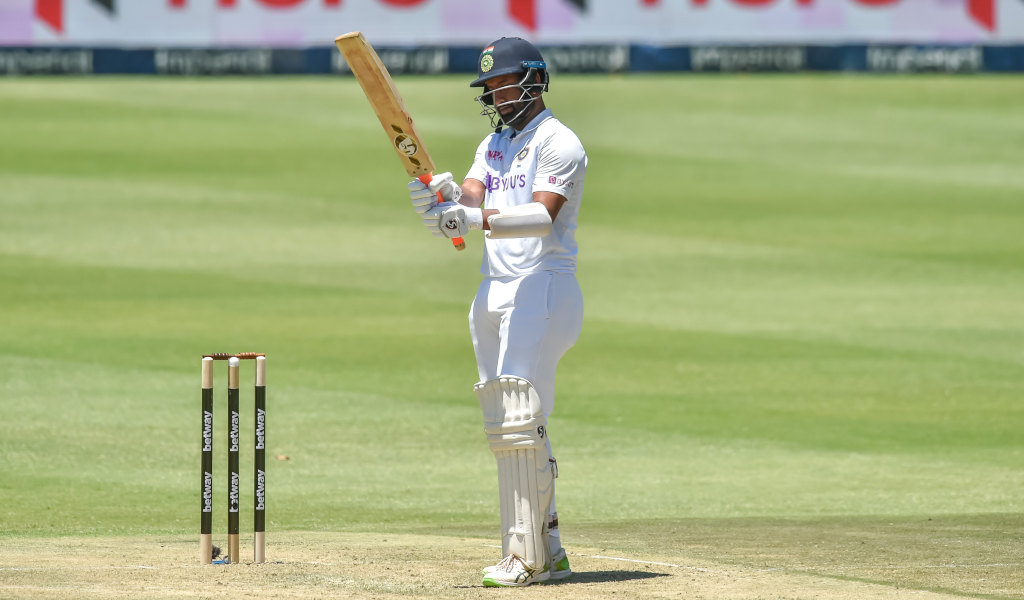 India batter Cheteshwar Pujara says that talk of his lack of runs was simply ‘outside noise’ and not something that has troubled him.

Pujara scored a crucial half century for India on day three of the second Test against South Africa, striking ten fours on his way to 53, taking just 62 balls to reach his fifty.

The India number three said that he felt it was important to put away every bad ball on a surface that has misbehaved throughout the Test.

“Looking at the pitch, this pitch has variable bounce and it’s not easy,” Pujara said at stumps on day three.

“Whenever you get a loose ball you want to make sure that you put it away.

“You never know when you will get an unplayable ball.

“So yes, it was part of my game plan that if I get a loose ball I will try and convert it, but I didn’t do anything extra.

“I think I’ve been batting well.

“It was one of those days where everything was going as per my plan.

“Whenever I was getting a loose ball I was just trying to convert it, but overall really happy with the way things went.

“I think the partnership with Ajinkya was very crucial because we were at a stage where we wanted some runs on the board, and I feel it’s not just about my score but about the team’s total in the end.

“So that partnership with Ajinkya was a very crucial one for us today.”

Having battled to 266 to set South Africa 240 to win, Pujara doesn’t feel India are out of the game yet.

South Africa still need 122 runs to win and have only six specialist batters in their lineup, two of whom are back in the hut already.

“If you look at this game, it’s been a challenging pitch, and we have runs on the board, so we are very well balanced in this game,” Pujara added. “Although we haven’t picked up too many wickets today, we are very confident that the pitch will deteriorate tomorrow and we’ll have our chances tomorrow.”

Pujara said that the India coaches and staff have all been supportive regarding his current form and he hasn’t felt under pressure for his place in the side.

“Well, the team management has been always supportive, so I would say it’s just the outside noise,” he said.

“The coaching staff, the captain, everyone is behind all the players, and we have been working hard.

“This is what has happened today, and I’m sure that this form will continue and we will get big scores in the next game as well.”