Home Test cricket Cricket365’s Test Team of the Decade: No Root or Pujara or any Australian bowlers

Cricket365’s Test Team of the Decade: No Root or Pujara or any Australian bowlers 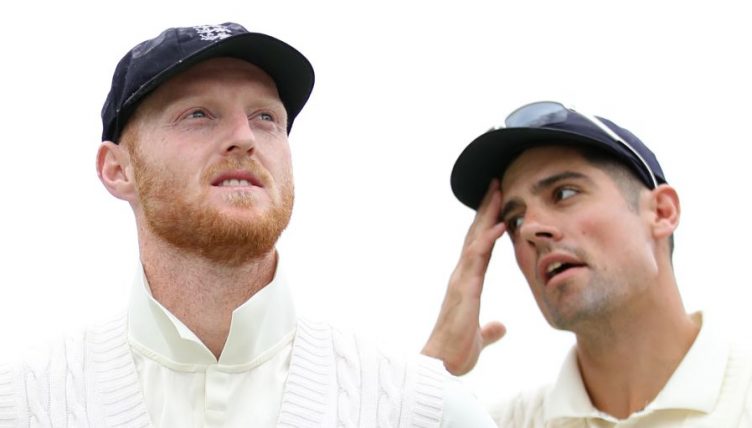 Before we unveil our Test team of the decade, let’s first tackle an issue far bigger than the identity of the third seamer.

Is it really even the end of the decade? It’s that millennium shit all over again. “There wasn’t a year zero!” harrumph your Twitter know-it-alls, feigning to be really annoyed while secretly absolutely delighted to be showing off and complaining about something – lord knows it’s tough at the moment when everything else is going so well for the world.

So yes, if we wanted to get bogged down in “maths” or “logic” then technically the decade should really finish at the end of next year. And 2010 shouldn’t really count at all. But if we go down that route we have to consider 1990 part of the 80s and that’s just plain nutty.

None of us were about when year zero did or didn’t happen. Most of us have at least some memory of the 1990s. So bollocks to maths, and let’s throw ourselves at the mercy of more recent naming conventions. On which subject, what a massive relief it will be for everyone next year when we finally get to a decade with a proper name instead of the sickly sweet childishness of the “Noughties” and whatever-the-tits this last decade was called. I’m sure it’s why everything’s been going to hell and am pretty confident it’ll all be reet come the 20s.

Anyway. Team of the decade. Here it is. There were no real rules because it’s not a real team and we won’t actually have to take on Mars’ best XI of the last 10 years or however many years that corresponds to on the red planet (SUBS: please check). But we’ve favoured genuine specialists in specialist roles and those whose careers truly spanned the decade. Almost despite ourselves have ended up with a reasonably balanced XI. Bit annoying really.

All player stats are from January 1 2010 until this very second.

You’d have to keep the captaincy as far away from him as you would a defenceless young deer, but he is one of the very easiest picks in any Test team of the last 10 years. No other opener is within 1500 runs of his total across the 2010s and, while the sheer number of matches played by England helps him out there, his average also stacks up. Of the serious contenders (i.e. those with many thousand runs as opening batsmen) only David Warner has a better average. No opener has more centuries. Also, by the time Cook’s career ended, opening the batting in England against the Duke’s ball had become sarcastically difficult. Controversial as it may be to include all his runs – even the ones that it’s generally accepted don’t count because reasons – we’re comfortable that he thoroughly deserves his place in our side.
Unlucky to miss out: Dimuth Karunaratne

AN Cook (ENG) has scored most runs of all left-handed Test batsmen away after losing the toss https://t.co/TS1SofTbGO

As long as the Martians or some alternative decade-based time-travelling team or whoever it is this fictitious team plays its non-existent matches against doesn’t pick Stuart Broad then Warner is another easy one to ink in for our XI. Like Cook he is left-handed, has 23 Test centuries in the last decade and is miles clear of anyone else. That’s pretty much the end of the similarities. Warner has thoroughly debunked those early attempts to pigeonhole him as a ghastly white-ball thrasher and quite literally cannot be stopped in Australian conditions, so tish and fipsy say we to concerns over his form away from home.
Unlucky to miss out: Tamim Iqbal

Lovely human, even better batsman. Soft hands, isn’t it? Plays it late, hmm? Glorious. Somehow both a throwback to an earlier age yet also thoroughly modern. Bearded. Knocking one on the head down to third-man for another four. Enduring image, isn’t it? Hmm? Marvellous.
Unlucky to miss out: Cheteshwar Pujara

There was a time, and it’s really not all that long ago, when people genuinely wondered whether Virat Kohli would ever truly manage to really translate his white-ball magnificence to the five-day game. LOL.
Unlucky to miss out: Hashim Amla

V Kohli has the highest average of all India batsmen drawing at home after winning the toss https://t.co/TfZxorqQRW

The happy-go-lucky legspinning-allrounder who made his debut right at the start of the decade has done all right for himself, despite that minor ball-tampering brouhaha. The Best Since Bradman according to all the stats, and has successfully scored a metric shit-ton of runs while making his signature stroke the leave, a non-shot he has elevated to something approaching performance art with his many idiosyncratic variations.
Unlucky to miss out: Joe Root

If the top five happily allow us to make straightforward choices easily backed up by straightforward stats, there is something a touch more intangible about the allrounder’s position. There is, inevitably, more to that position than numbers and Stokes exemplifies that perfectly. There’s nothing wrong at all with his stats; he ticks the mandatory batting average > bowling average requirement for Genuine All-Rounder status, and of those with over 100 Test wickets across the decade only the currently unavailable Shakib Al Hasan has a better batting average and nobody gets close to his eight centuries. But Stokes is about so much more than stats. There are no numbers that can explain what he did at Headingley or even at Perth or Cape Town. An increasingly mature batsman – always worth remembering that he began his Leeds miracle innings by taking 66 balls to score two runs – and unpredictable yet whole-hearted bowler. Again, the Headingley fireworks don’t happen without the heroic 3/56 he took across 24.2 overs of largely unchanged and unstinting effort to keep Australia even vaguely within range.
Unlucky to miss out: Jason Holder

At first glance, the wicketkeeper is a tricky spot in this team. But in truth it isn’t really hard at all; the illusion of trickiness exists only because the two standout – in truth the two only – contenders come from your ‘unfashionable’ countries. If either Watling or Bangladesh’s Mighty Atom Mushfiqur Rahim played for England or India or Australia everyone would pick them for this team without a second thought. Watling’s superior glovework gets him the nod given the similarities in the pair’s impressive batting records.
Unlucky to miss out: Mushfiqur Rahim

Australia fans will insist on Nathan Lyon having entirely forgotten that the whole GOAT nonsense started off as banter. He averages 32, lads. Nothing wrong with that. He’s a perfectly good bowler. But let’s not pretend that just because Australia have never produced any off-spinners ever before that they can pretend their first half-decent one is automatically a genius. Sri Lanka fans can make a far more convincing case for Rangana Herath – and he’s the man who would come into this side in place of Trent Boult if the pitch on Mars looks a touch dry and like it might really spin on days four and five – but you really are just being obtuse or difficult or one-eyed if you look beyond a bloke with over 350 wickets across the decade and well over 2000 runs at a very useful number eight’s average indeed.
Unlucky to miss out: Rangana Herath

R Ashwin has the highest average of all right-handed India Test batsmen away vs England after winning the toss https://t.co/4zX7WWNj6Q

Having acknowledged that “the decade” is a looser than loose concept that owes much to naming conventions and precious little, if anything, to such dreary concepts as maths and logic, we should also state that Dale Steyn can count himself seriously unlucky we don’t consider a five to be as alluring a cut-off point as a zero. In a 2005-2014 XI Steyn would be absolutely and without question the very first name on the teamsheet thanks to 383 wickets at 22.15 apiece in just 75 Tests. As it is, the best and most complete fast bowler of the 21st century just about clings on for our decade at the expense of the South African heir to his throne, Kagiso Rabada, who himself is currently a shoo-in for the 2015-2024 XI. Neater generally-accepted-definition-of-decade-based dominance clearly something for the Proteas to work on. Anyway, Steyn and James Anderson can share the new ball in the ultimate combination of ability and skill. Our fictitious opposition will be bowled out for buttons while Twitter argues forever about which man’s five-fer was more impressive.
Unlucky to miss out: Kagiso Rabada

How about the bowlers?

Despite the assorted exploits of the ‘Big Four’ and their various challengers, if there is an overarching theme to the 2010s then it is as the decade when fast bowlers roared back. After the era of the batting greats has arrived a golden age for seam, swing and sheer shit-your-pants pace. From 2000-2009, only six fast men took more than 150 Test wickets at under 30. From 2010-2019, 15 did so. And it is Anderson who has stood above them all. A genius. His career a triumph of majestic skill and extraordinary reliability and commitment. Has sent down almost 3900 overs of probing, achingly beautiful swing bowling in the last 10 years. Only a select handful of seamers can match that output across an entire career, and all of them legends. Walsh, McGrath, Kapil Dev, Broad, Pollock, Vaas. Anderson’s early struggles mean his overall career average will never put him among the truly elite. But few bowlers in history have had whole careers to match Anderson’s 2010s.
Unlucky to miss out: Stuart Broad

There are, as the stats above and some simple maths demonstrate, quite literally a baker’s dozen compelling candidates for the final spot in this side. Even more if you relax the 150-wicket requirement a touch to allow the current leading bowler in the world, Pat Cummins (134 wickets at a lick over 22 each), into the picture alongside your Starcs and Philanders and Broads and Shamis or the Hazlewoods and Roaches of this world. There are plenty with stronger claims on paper than Boult. Even if we argue that you need a southpaw to balance an attack that we can’t stress enough doesn’t exist and will never have to actually play a match, Starc has our man beaten in every department apart from total wickets and Boult’s perennially angry Black Caps team-mate Neil Wagner has them both covered on the average front. But it’s our team and we love Trent, plus he also prompted the decade’s – perhaps history’s – most perfect and pure and above all accurate description of any fast bowler.

Boult walks back to his mark with the air of a man who's forgotten his girlfriend's birthday but thinks she should just get over it. #EngvNZ