Dean Elgar: The knocks I take make me extra motivated to perform 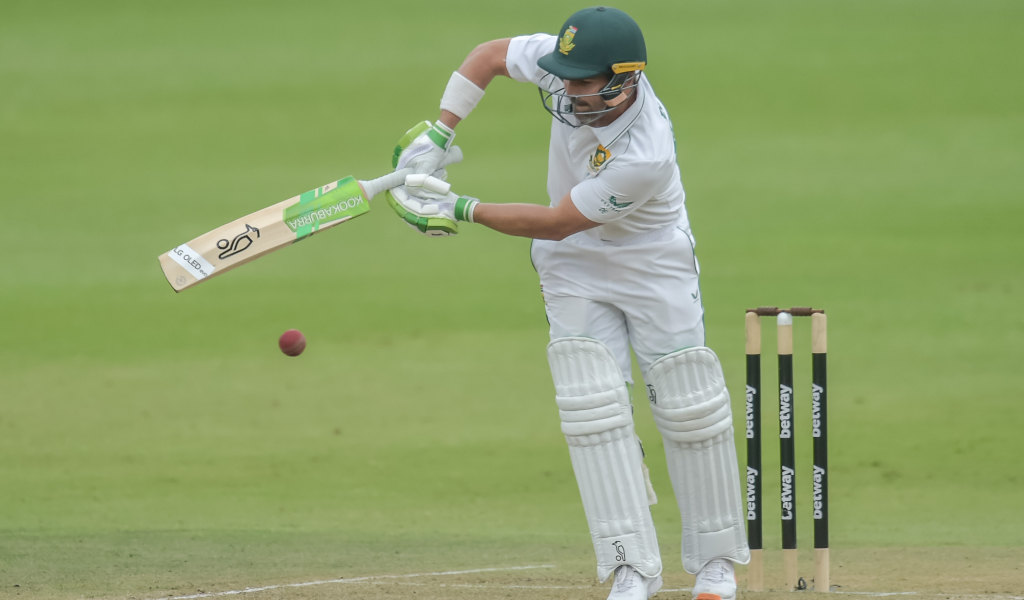 South Africa skipper Dean Elgar pulled the Proteas up by his bootstraps with an unbeaten 96 marked by a number of body blows dealt out by India’s pace attack.

Injury had robbed India of the pace of Mohammed Siraj but Jasprit Bumrah, Mohammad Shami and Shardul Thakur still delivered plenty of venom.

Elgar’s technique often sees him wearing a short ball or two but the Proteas skipper says that he is more than happy to take the bruises if he can help his country win.

“Always a privilege to represent your country. I would like to think the knocks I take make me extra motivated to perform,” Elgar said after the match.

Dean Elgar plays a captain’s knock of 96* to lead South Africa to a 7-wicket victory, their first over India at the Wanderers.

We’ve got ourselves a 𝙙𝙚𝙘𝙞𝙙𝙚𝙧 in Cape Town next week 🍿 pic.twitter.com/DQzPyWoUz0

Elgar gave credit for the victory to his bowling attack who had to be resilient against a world-class India batting lineup.

“Massive respect to our bowling unit, they showed a lot of character,” Elgar said.

The captain was especially delighted to see Kagiso Rabada produce a match turning spell, revealing that the quick was given some ‘extra motivation’ to perform.

“With KG [Kagiso Rabada] there was something that happened behind the scenes but we’re not going to get into that.

“You could then almost sense the intensity and focus, he was in the zone. The moment he has that attitude he wants to bowl and wants to contribute, you have to use it as a captain. It was awesome to see him fire.

“Team effort to get 20 wickets. I played a domestic game in Cape Town, not going to give away an info. 1-1, South Africa vs India, I don’t think you could have written a better script.”

Elgar gave the team credit for getting a victory out of a closely contested Test match and keeping themselves in the series.

“The basics of batting bowling and batting don’t go away, we missed that in the first game,” the captain said.

“Saying that, it wasn’t easy. Tough conditions we had to face as a batting unit. As a bowling unit, the Indians were on top at times.”

The third Test in the series between South Africa and India gets underway at Newlands in Cape Town on 11 January 2021.