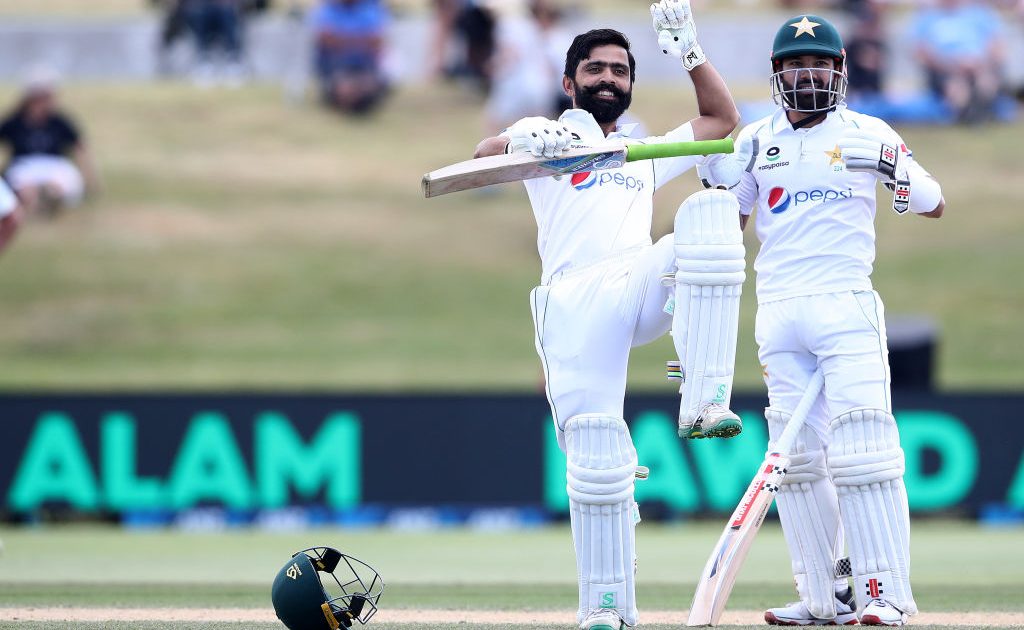 Pakistan Test batter Fawad Alam has opened up about his 11-year spell in the international wilderness.

Fawad scored a Test century on debut in 2009 but after just three Tests found himself axed.

Having worked his way back into the Pakistan team 11 years later, Fawad says that he gave little thought to never representing his country again.

Fawad claims that had he allowed himself to dwell on such thoughts he might never have fought his way back into the team.

The unorthodox left-hander doesn’t bear any grudges against critics and those who didn’t believe he would make his comeback.

Fawad Alam back in business

Fawad has returned to the Test arena a seemingly more complete player, already notching an additional four Test hundreds and pushing his red-ball international average over 45.

“When you make a comeback to international sport after such a long gap there are always nerves, there is always pressure and there are concerns and you have to perform because the eyes of the world are on you,” Fawad told PakPassione.net.

“Expectations are high and you don’t expect any special favours just because you have been out of international cricket for so long.

“Now that I have played a few matches since my comeback, I am hopeful that I can continue the good performances and help my team in future.

“My mindset was always that one day my chance to play for Pakistan would come again.

“I had faith in the Almighty that He would grant me another opportunity to play for Pakistan.

“If I had such negative thoughts, then I think I wouldn’t have been able to perform in domestic cricket and score the runs I did, and which ultimately enabled me to be picked once again.

“To lose faith and hope, and to become disillusioned would have been detrimental to my career.

“I always remained positive and never lost faith in my ability, and my plan was always to remain patient and wait for my opportunity, whenever it came.”

Fawad further said that returning to international cricket was like making his debut all over again.

“As a player representing the nation, you are proudly wearing the Star of Pakistan on your chest and of course expectations are high and whilst it was an honour to be back in Pakistan colours, I have to admit that there was also a lot of pressure on me.

“In such situations, you have to concentrate on doing all the good things and the right things that you did first time around and hope that things go well.”

‘Who am I to prove anyone wrong’

When asked if he feels vindicated when he performs at Test level now, Fawad insists he pays no mind to critics whether they praise him or pick him apart.

“In all honesty, I feel that I am a nobody and as such who am I to prove that anyone was right or wrong in not picking me?

“I have always just focused on my own career and not worried about others.

“I never lost faith in the Almighty and always believed that my day would come again but that I would have to be patient and wait for the right moment.

“As I said, highs and lows are part of professional sport and I believe that my job is just to perform for Pakistan.

“If I keep thinking about such things, then that would serve no purpose at all. I feel it’s best to move on from what happened and focus on the coming days, matches and more opportunities to serve my country.”