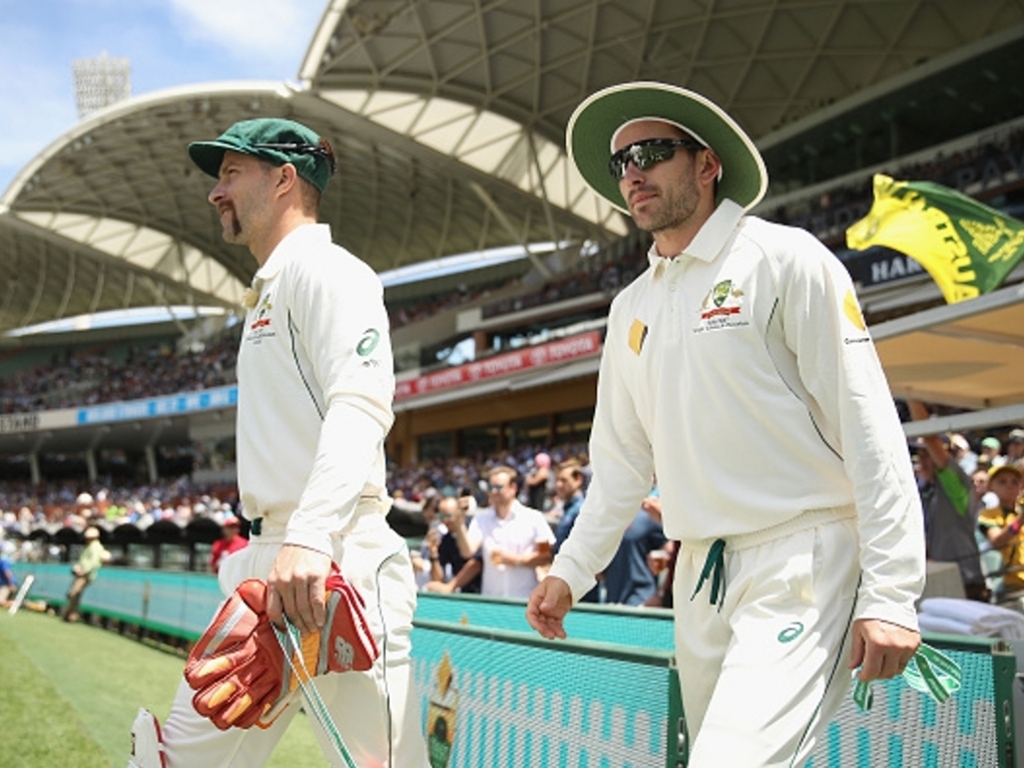 Legendary Australian wicketkeeper Ian Healy has strongly criticized Matthew Wade’s ability with the gloves after a mix up with Matthew Renshaw.

Renshaw dropped Hashim Amla on day three of the third Test against South Africa after being forced to move sharply to his left but Healy felt the blame lay with the keeper.

During a commentary stint for Nine’s Wide World of Sports Healy said: “Two men slow to go … both thought it was the other’s (catch). Gee it was a good delivery to get Amla into the shot, then get the false shot, it needs to be snaffled.

“Neither man would be sure. I think it’s keeper’s (catch). A little step and he had that covered.

“But I’d like first slip to be more ready than that as well.

“He (Renshaw) needs to be seeing it and if it’s reachable it can be his. So (move to) catch it, even if it is the keeper’s catch and you’re expecting him to move.”

Renshaw and Wade haven’t had any experience of playing together which Healy feels would have contributed to the mistake.

The former keeper went on: “It should just be simple and second nature; instinct through lots of time practising and decision making.

“This is a new cordon. Matthew Renshaw has to learn maybe when Matthew Wade is going to go.

“Wade’s footwork wasn’t excellent. (In the first innings) we saw him move nicely to that and had it covered.

“I want to see that left foot plant and that right foot step. He should have been on the move.

“He got caught on both feet, neither of them were moving. He comes out of his crouch, the left foot doesn’t give him any power (to move) right so he lets it go and Renshaw wasn’t ready either.

“Cordon practice is all about not only just catching catches but it’s learning what your next-door neighbour is going to do.”

Healy offered further analysis of Wade’s weaknesses: “In the first innings he was so good at these balance adjustments and moving well, but he wasn’t so good on this occasion.

“I’m looking for the left foot to plant which gives him power across to the right to start his movement, and the ability to take that in two hands.

“How quickly it can disappear for a wicketkeeper. He’s got to get that left foot on the deck when he’s moving to the right so the slips aren’t confused and major catches are taken.”