India close in on whitewash after Shami and Yadav show 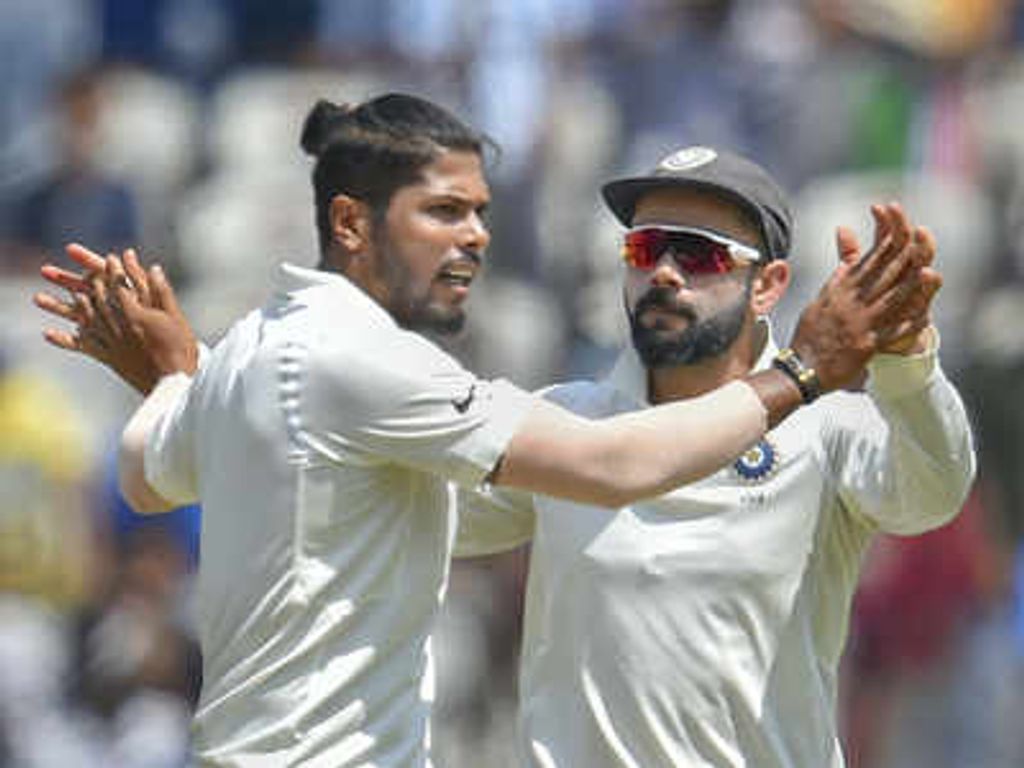 India moved to the brink of a 3-0 series whitewash as South Africa’s batting woes continued on the third day of the final Test in Ranchi.

The Proteas were skittled for 162 in their first innings and then slumped to 132 for eight in their follow-on – still trailing by 203 runs – with Mohammed Shami and Umesh Yadav excelling again with the ball.

This came after Rohit Sharma’s superb double century and the fastest score of over 30 in Test cricket from Yadav to round off India’s first innings total of 497, a total South Africa now look very unlikely to reach in two innings.

Umesh Yadav’s 31 off 10 balls was the fastest 30+ score in Test history🤯#INDvSA pic.twitter.com/HeAiuP17Ex

Having lost Faf Du Plessis in the first over of the day to slip to 16 for three, South Africa steadied the ship courtesy of a 91-run stand between Zubayr Hamza and Temba Bavuma.

But Hamza went for a career-best 62 and his dismissal triggered a collapse of seven wickets for 55 runs.

Stuck in again by Virat Kohli, the tourists were soon 36 for five as Shami and Yadav struck before George Linde and Dane Piedt provided slight resistance with 27 and 23 respectively.

Theunis De Bruyn, a concussion replacement for Dean Elgar after the opener was struck by a Yadav bouncer, then delayed the inevitable with an unbeaten 30 to take the match into a fourth day.

Follow all the action from the fourth day in Ranchi via the Cricket365 score centre.