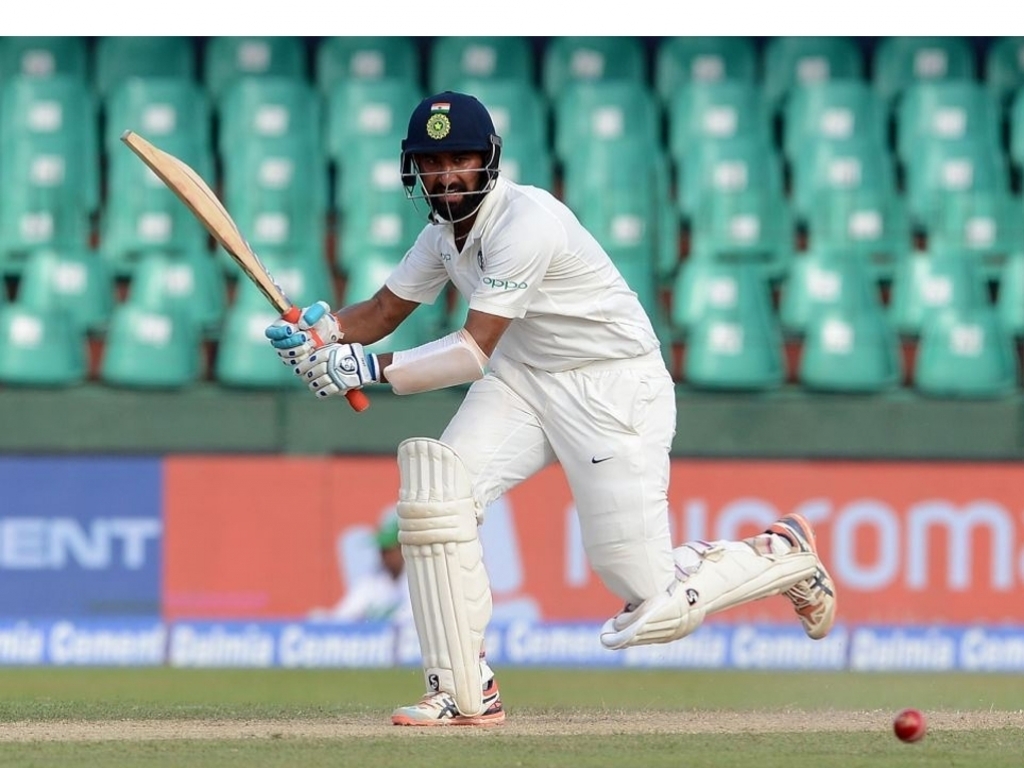 India recovered from an early wobble on day one of the second Test against Sri Lanka in Colombo reaching 344/3 by the close of play to seize control of the match.

Virat Kohli won the toss and it was no surprise that he elected to bat first on a surface that appears to have runs in it.

The day was dominated by Mister Consistency, Cheteshwar Pujara who notched yet another Test ton.

The morning session was reasonably even with Shikhar Dhawan (35) and Lokesh Rahul putting on 56 runs for the first wicket before the former was trapped leg before by Dilruwan Perera.

One person perhaps not in the mood to celebrate Pujara’s achievement will be Rahul (57) who was run out after a mix up and left the field muttering that it was his call.

Rangana Herath accounted for the dangerous India skipper Kohli by pushing one through after a  number of flighted deliveries, the thick edge was taken by Angelo Mathews at first slip on the second grab leaving India 133/3.

But that would be the final wicket of the day as Pujara was joined by Ajinkya Rahane and both would bring up centuries.

Pujara went passed 4000 runs during this knock as well and his average is now hovering in the mid-fifties after his thirteenth Test century.

Rahane ended a barren run which had seen him not record a Test century since November last year when he hit 188 against New Zealand at Indore.

Pujara ended the day on 128 not out with Rahane on 103 not out, the pair have already put on 211 for the fourth wicket and will be looking to move ahead on day two.