Jeremy Solozano to remain under medical supervision after horror injury 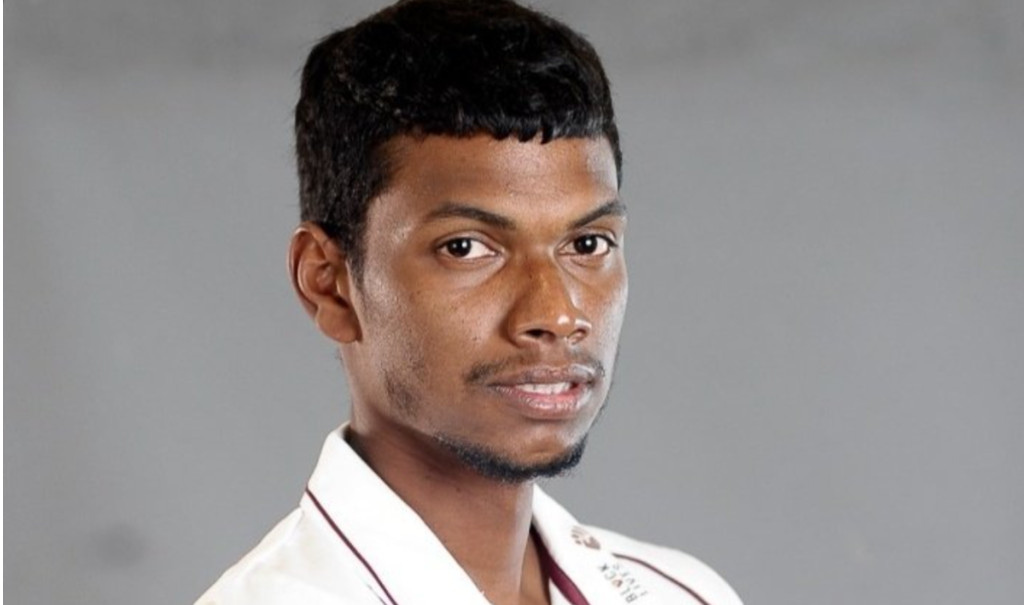 West Indies debutant Jeremy Solozano will remain under medical supervision after taking a blow to the head while fielding at short-leg during the first day of the first Test against Sri Lanka in Galle.

The 26-year-old was stretchered off just before lunch after being hit by a powerfully hit pull-shot from Dimuth Karunaratne.

The ball cannoned into his helmet grille and the rear part came off such was the force of the impact.

After being treated on the field by physios and medical staff at the ground, he was rushed to a Colombo hospital for further treatment.

“Jeremy Solozano’s scans show no structural damage. He will be kept at the hospital overnight for observation,” Cricket West Indies tweeted on November 21.

“We will continue to keep you posted on any further updates from our Medical team.”

Jeremy Solozano’s scans show no structural damage. He will be kept at the hospital overnight for observation 🙏🏽

We will continue to keep you posted on any further updates from our Medical team.
#SLvWI pic.twitter.com/6pLuLXnIrt

Hailing from Trinidad, Solozano has featured in 40 first-class games before being called up to the international team for the Sri Lanka tour.

He was spoken of highly by chief selector Roger Harper after receiving his maiden call-up.

“The Best v Best matches provided the opportunity for the players to spend some time in the middle honing their skills for this tour,” Harper had said in a CWI release.

“The aim was to simulate as much as possible, the conditions that the team will likely face in Sri Lanka, so it was good to see the batsmen spending time at the crease while putting some scores together and the bowlers looking to build pressure and create wicket-taking opportunities.

“Jeremy played for the West Indies A team in 2019 (against India A) with success and in the Best v Best matches he displayed a sense of application, patience, and composure while looking very comfortable against both pace and spin which encouraged the panel to invest in him at this point.”

Sri Lanka finished the day on top with the score 267/3 at stumps with Karunaratne (132) still at the wicket.