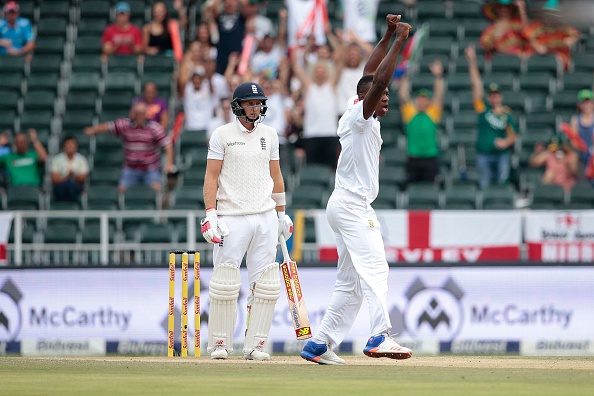 Let the Real cricket begin! After a month of 50-over drivel called the Champions Trophy and then the T20 hit and giggle it is finally time for the purest form of the game.

An England versus South Africa Test series always whets the appetite and this one will be no different as we build up towards the first ball at Lord’s on Thursday.

The Proteas disappointed their fans with yet another aberration in a global tournament (don’t know why they bother anymore) and they then got walloped twice by England in the not so important T20 stuff.

They have, however, been in good form in the longest version of the game over the last year or so, beating New Zealand (home), Australia (away), Sri Lanka (home) and then New Zealand (away) again.

It is also worth noting that the visitors have won their last two Test series in the UK – in 2008 and 2012 – but the English turned the tables when they came to South Africa in 2016/2017 and walked away with the spoils. 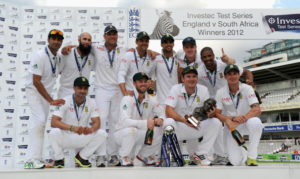 The teams seem fairly evenly matched, with the consensus being that the Proteas have the better bowling attack, provided the predicted starters – Vernon Philander, Kagiso Rabada and Morne Morkel – all stay fit.

The hosts will have a new captain in the five-day format. They have entrusted the leadership reins to their best batsman – Joe Root. Will this be a blessing or a curse?

The Proteas’ premier fast bowler, Dale Steyn, will, obviously, be sorely missed because of injury but the 22-year-old Rabada, on his first Test tour to the UK, is set to be the man that South Africa rely on to bring the heat.

The battle between Rabada and Root, who is set to bat at number four for the home team, could be the key duel that decides if the Basil D’Oliveira trophy stays in London or sits for the next two years in some office in Johannesburg.

Root averages more than 50 with the bat in Test whites and has become one the leading batsmen in world cricket while the prolific Rabada averages 23 with the ball and many say he has all the tools to go on and become a legend.

Having come through the junior ranks at county side Yorkshire, Root will also hope to continue the attacking philosophy England have built up in coach Trevor Bayliss’ tenure.

The right-handed Root is not the most classic of batsman in terms of poise and grace at the crease but he gets the job done in his own way and as they always say, the numbers don’t lie.

With hosts set to play that aggressive brand of cricket that pales in comparison to past England teams, Rabada and company will see a way they could exploit their opponents, especially with a seaming ball.

Another key factor could be the form of Alastair Cook (pictured). The opening batsman has been in unbelievably good touch in domestic cricket, taking teams apart in Division One of the County Championship.

The Proteas will look to Morkel to trouble the former England captain and Ben Stokes (who the whole of the Britain keeps raving about) – the lanky South African paceman has a good record (averaging 23) against left-handers in Test cricket.

Philander, with his usual impeccable line and length and with a seaming Duke ball, will trouble most batting line-ups around the world and will be in among the wickets.

So it seems as if it is the Proteas bowlers versus the England batsmen! If one of Rabada or Root is the most outstanding player in the four-match series then their team will most likely be victorious.