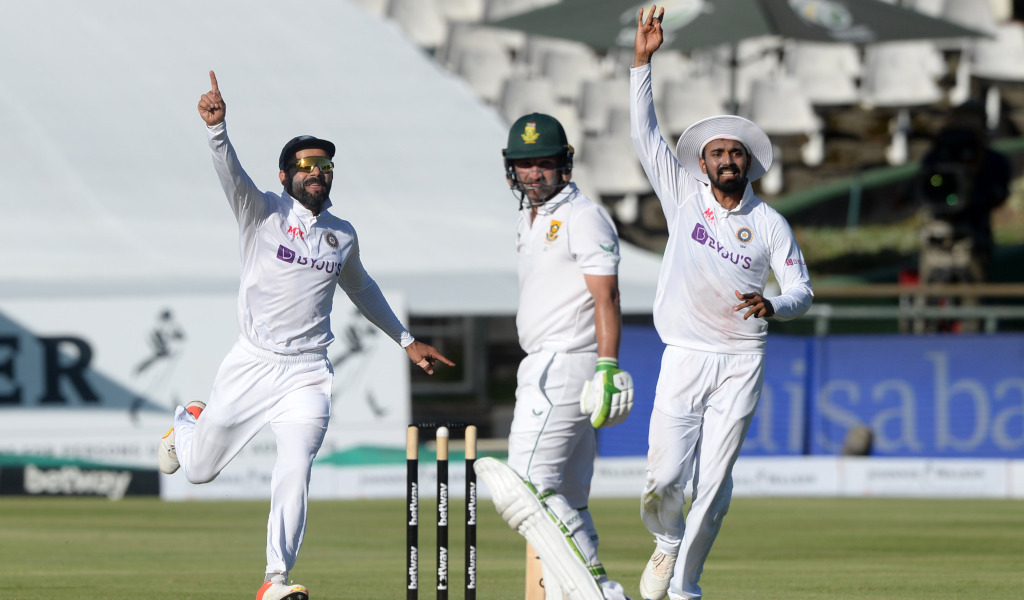 South Africa fast bowler Lungi Ngidi feels that India skipper Virat Kohli’s reaction to the DRS decision that prolonged Dean Elgar’s innings on day three of the decisive Test was a result of the pressure the tourists were under.

India felt they had got their man with South Africa on 60 for 1 chasing 212 to win the series, however, ball-tracking showed that the delivery from Ravichandran Ashwin was missing the stumps.

The call angered India skipper Virat Kohli and the bowler with both going so far as to suggest that host broadcaster SuperSport had doctored the tracking system in some way.

Elgar would bat on until the final over of the day when DRS would again come into play as the Proteas skipper feathered one down the leg side and had to go.

By that time the Proteas had moved to a commanding 101 for 2.

Kohli’s response was particularly petulant and is likely to land him in trouble with the match referee, as he referenced SuperSport’s role in uncovering the 2018 ball tampering scandal involving senior Australia players.

“Focus on your team while they shine the ball. Not just the opposition. Trying to catch people all the time,” Kohli said after walking up to the stump mic.

Ashwin also took umbrage with the broadcaster, effectively accusing them of cheating.

Ngidi insists that the emotional reaction of the India players let the Proteas know they had their opponents on the ropes.

“Reactions like that show a bit of frustration and sometimes teams capitalise on that,” Ngidi said.

“You never want to show so much emotion, but we could see emotions were high. That tells us they are feeling a little bit of pressure.

“That was a good partnership [between Elgar and Keegan Petersen for the second wicket] for us and they really wanted to break it. Those feelings ended up showing there. Everyone reacts differently and what we saw there was what those guys were feeling at the time.”

None of the India players involved were sent to the post-play press conference with bowling coach Paras Mhambrey trotted out.

Mhambrey did not want to discuss the matter.

“I’ll leave that for the match referee to have a look at it. There’s nothing I can comment on it now. We’ve seen it all, just want to move on with the game now.”