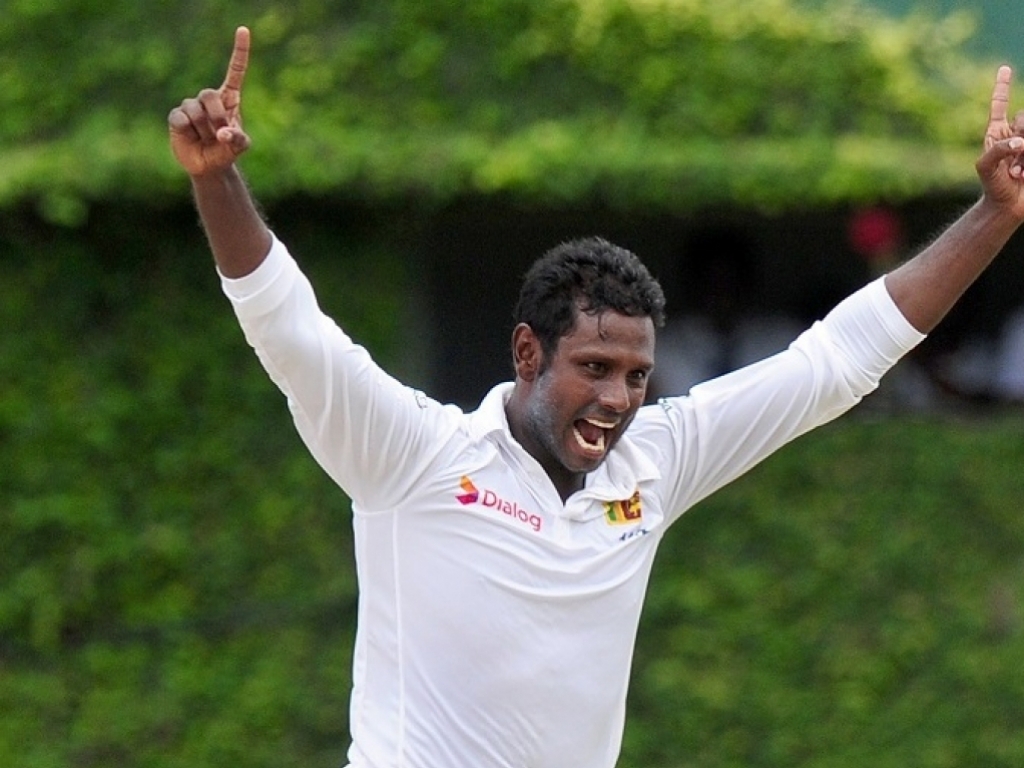 Sri Lanka skipper Angelo Mathews will make his return to the Sri Lanka squad for their Test series against the Proteas in South Africa.

Also returning are wicketkeeper batsman Dinesh Chandimal and seamer Dushmantha Chameera who have recovered from the injuries that kept them from making the trip to Zimbabwe.

Having impressed in Zimbabwe batsman Upul Tharanga’s Test revival looks set to continue with his inclusion in the group for the three match series against the number five ranked Proteas.

Allrounder Asela Gunaratne and wicketkeeper batsman Niroshan Dickwella are unfortunate to miss out having shown promise in Zimbabwe but the squad needed to accommodate the return of the skipper and Chandimal.

Sri Lanka have suffered from an extended injury crisis in their seam bowling department and Dhammika Prasad remains unavailable having had surgery on his injured shoulder.

The Islanders have called up uncapped seamer Wikum Sanjaya to join Suranga Lakmal and Nuwan Pradeep as frontline quicks.

The 24-year-old bowler caught the eye of the selectors with his ability to take the ball away from right-handers while bowling at a decent speed as well.

He picked up 6 for 73 in his club’s opening Premier League Tournament Tier A fixture at the beginning of December.

Sri Lanka are looking to establish continuity in the side as they look to build on their successes against Australia at home and Zimbabwe away but they are certain to face a stiffer Test when they come up against an in-form Proteas team that knocked over the Aussies in their own backyard just last month.

With the pitches not expected to assist spin too much Sri Lanka have brought only Dilruwan Perera and Rangana Herath along with Lakshan Sandakan missing out despite a spectacular start to his Test career.

Sri Lanka play their first game in South Africa in Potchefstroom on December 18 while the Test series gets underway on boxing day in Port Elizabeth.