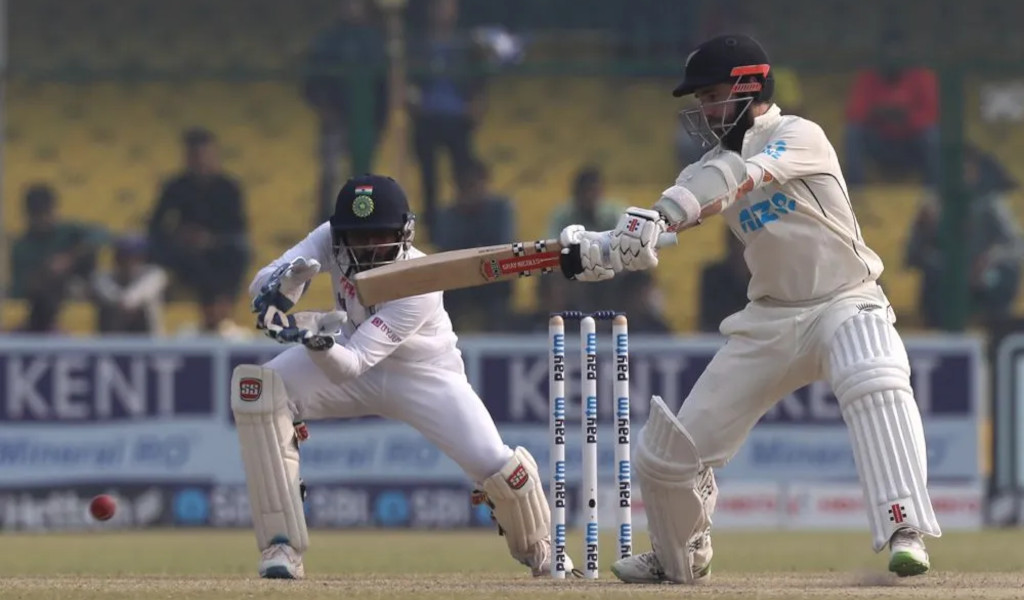 New Zealand avoided defeat on the final day of the first of their two World Test Championship matches against India.

Skipper Kane Williamson praised his team’s fight but was far from being in a mood to celebrate the stalemate.

Williamson believes that New Zealand might have won the Test if they executed their final day plans.

“It has been touch and go around this time throughout this Test,” Williamson said after the Test.

“The Indian side is a formidable one, they were on top for the large part but we hung around.

“All three results were in play but we fought hard and showed the fight on the last day.”

Rachin Ravindra came in at number eight for New Zealand, despite being a top-order level batter, but Williamson gave him props for adapting to conditions and fighting for the draw.

Ravindra and Indian-born Ajaz Patel held out as New Zealand’s final pair in a special moment of some significance to the players involved.

“Rachin is a top-order batter, but is not experienced in these conditions,” Williamson said.

“The two fast players we played were outstanding, kept bowling long overs and kept us in the game.

“We know this Indian side is a very strong one in all departments, so we have to be at our best all the time.

“As a bowling attack, getting overs under the belt was good. We will play in Mumbai on a different surface, so we need to prepare differently.”

India’s Ravichandran Ashwin went past Harbhajan Singh to become his country’s third-highest wicket-taker in Test cricket, but says that his moment was eclipsed by the final session fight showed by New Zealand.

“I am someone who wants to play this format,” Ashwin said.

“These are milestones that are constantly kept tab on.

“But as Rahul Bhai says, it’s not about runs or wickets, it’s about how many memories you make.

“I think getting down to the last session, the last mandatory over, Rachin hanging in there, Ajaz playing his part, a great day of Test cricket, and I hope those who watched enjoyed it.