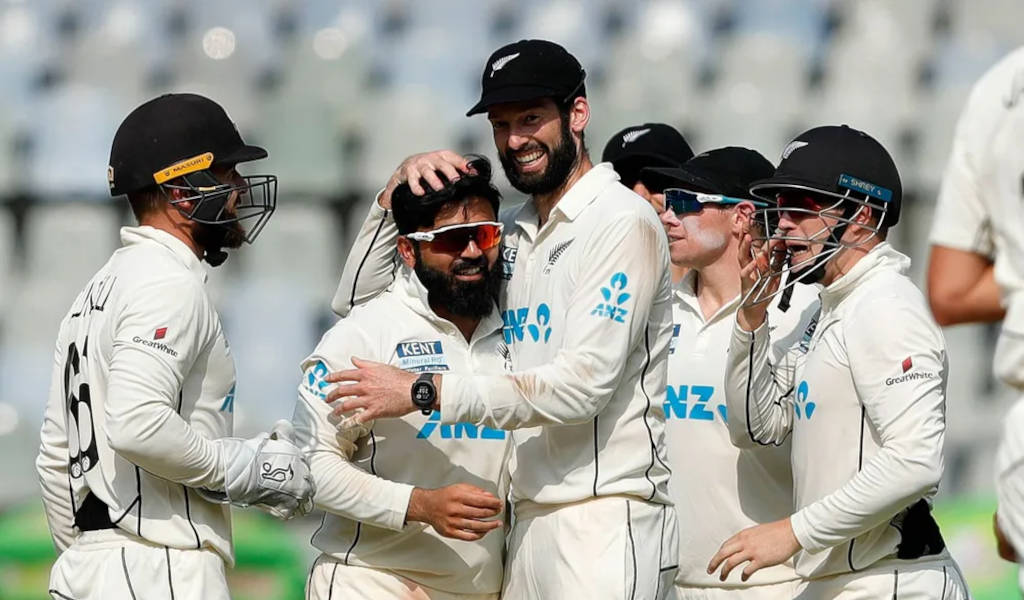 New Zealand spinner Ajaz Patel added another four wickets to his 10-wicket first-innings haul to record the best figures by any bowler in a Test against India.

Patel’s final figures of four for 106 saw him finish with 14 wickets in the match, having become only the third bowler to take all 10 wickets in a Test innings on Saturday.

Only England’s Jim Laker, in 1956, and India’s Anil Kumble, in 1999, have previously accomplished the feat and Patel, 33, is the first to do it in the first innings.

Mumbai-born Patel’s match figures of 14 for 225 are the best in a Test match against India, surpassing England all-rounder Ian Botham’s 13 for 106 at the same venue in 1980.

Despite Patel’s achievement, New Zealand face an uphill task to win the series finale after India declared their second innings at 276 for seven to set the visitors a target of 540 runs.

India opener Mayank Agarwal followed up his 150 in the first innings with 62 in second.

New Zealand were dealt a blow on the last ball before tea on day three as they lost their first wicket, with Ravichandran Ashwin removing Tom Latham.

“I think it’s important to keep our intent high. Get into good positions and smother the ball nicely,” Ravindra, who stood in an unbeaten partnership with Ajaz to help New Zealand hang on to a draw in the previous Test, told reporters.

“It wasn’t just me (who defied India in Kanpur), it was the team that did it. Two days and a lot of cricket to play here. Take it ball by ball and maybe do something special.”

The hosts did not enforce the follow on Saturday after they dismissed New Zealand for 62 and batted about two sessions, but India’s Axar Patel insisted they needed batting time.

“I won’t call it delay as there is so much time left in the game,” Axar said in response to the question of India batting too long.

“The idea was to bat as long as possible as this kind of a situation, you don’t get every day, so the plan was to make the most of it.”