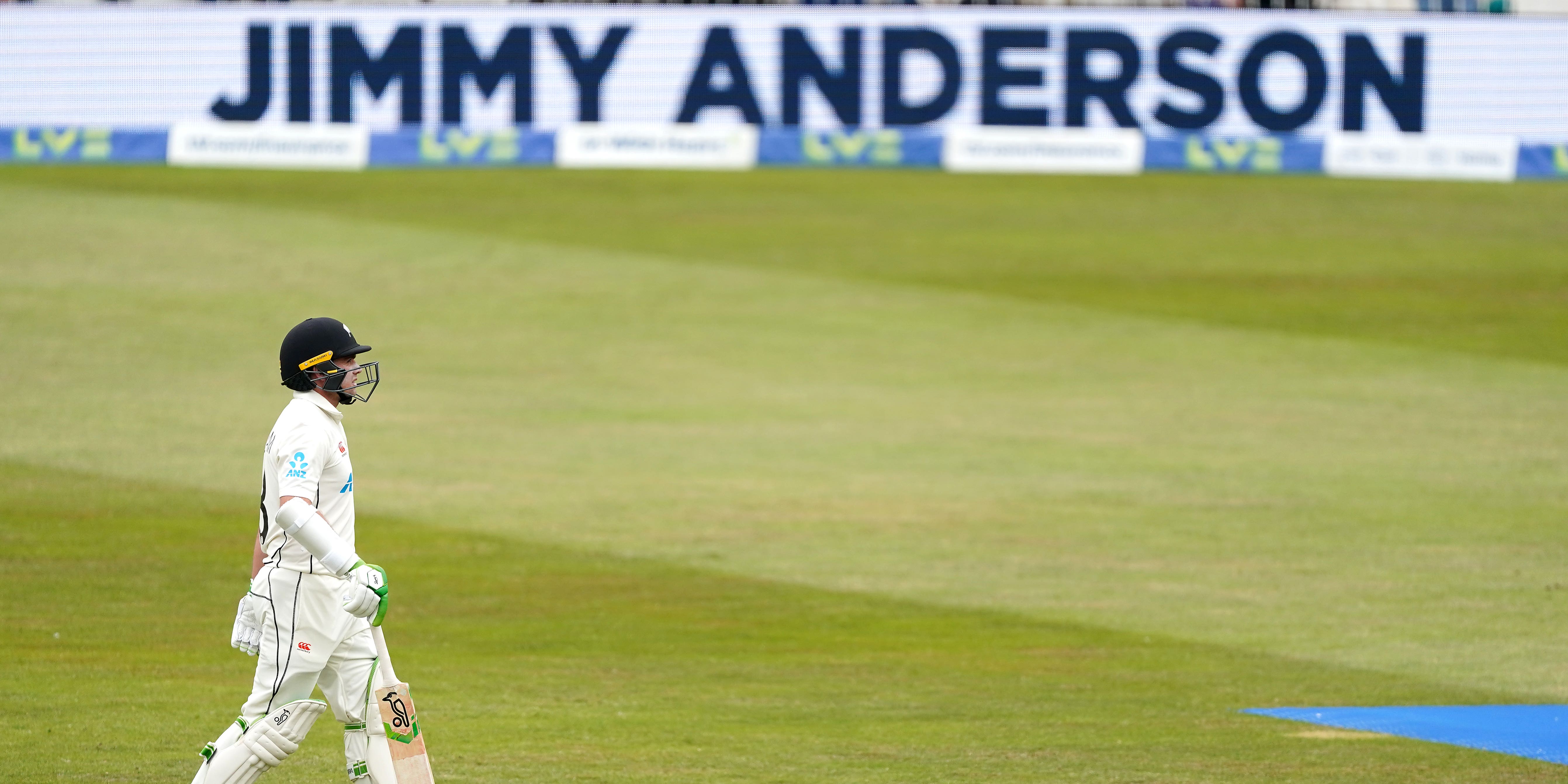 A landmark 650th wicket for James Anderson raised England’s hopes of getting New Zealand in trouble on day four of the second LV= Insurance Test, before a solid response from the tourists strengthened their hand.

England lost their last five wickets for 66 runs in the morning session, with Joe Root finally undone for a wonderful 176, to give the Kiwis a slender lead of 14.

The hosts needed quick wickets to force the issue in their favour and, when Anderson cleaned up visiting captain Tom Latham with the fifth ball of New Zealand’s second innings, it seemed possible.

But Devon Conway and Will Young, with 52 and 49 not out respectively, shared a century stand in defiance of some challenging seam bowling to leave their side 128 ahead at tea.

Spinner Jack Leach removed Conway before the break but his 11 overs cost 53 as he failed to tie down the scoring.

England had resumed on 473 for five after piling on 383 runs on a rollicking third day and continued to advance the game at speed.

Ben Foakes began with three fours in the first two overs, continuing to take advantage of the rapid outfield as he reached a third Test half-century, before Root produced an outrageous stroke for six.

With a magnificent 163 already under his belt overnight and facing just his second ball of the morning, he reversed the bat to 80mph seamer Tim Southee before stooping to scoop over his shoulder, over the slips and over the third-man boundary.

For a player renowned as one of the game’s foremost classicists, it was a remarkable piece of innovative thinking and innate timing.

A shell-shocked Southee was milked for 35 in four overs, finishing with the worst figures of his career, nought for 154.

But England’s commitment to aggression saw them mopped up in a hurry without reaching New Zealand’s 553.

Root chipped a Trent Boult slower ball to cover to end his six-hour clinic and Stuart Broad was brilliantly caught by Daryl Mitchell at slip.

Matthew Potts then ran Foakes out for 56 before being castled by a Boult yorker to bring up his five-for.

Anderson was last man out, stumped off Michael Bracewell, but he was happy to get the ball in hand and was soon making things happen.

He had Latham before the first over was complete, a thoroughly ill-judged leave ending with Anderson taking down middle and leg stump to became the third bowler in history to reach 650 after spin greats Shane Warne and Muttiah Muralitharan.

England could easily have struck again before lunch, with Anderson and Broad both getting lavish movement off the seam for the first time in the match, but Conway and Young held out.

Once the shine was off the new ball much of the responsibility fell to Leach, but he struggled to create any real threat.

After a handful of serviceable overs he began to leak runs, Young twice using his feet to dump him over the in-field and Conway hitting three consecutive boundaries as he picked the gaps expertly.

The latter also relied on his ability to reverse sweep, using the shot to flick Leach to the ropes four times on his way to fifty.

A more conventional slog-sweep cost him his wicket just after he had taken the applause, a Jonny Bairstow catch at long leg getting Leach off the mark, but the lead was already into three figures.

A searching Ben Stokes spell saw Young and Henry Nicholls both drag past their stumps, but he could not grab another breakthrough to leave New Zealand 114 for two at the interval.