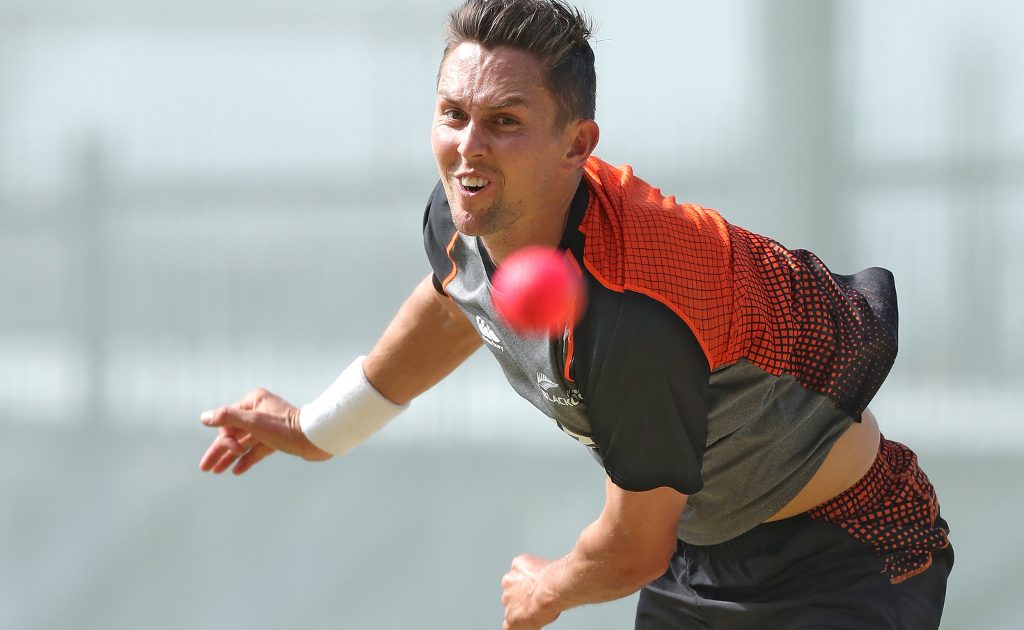 New Zealand seamer Trent Boult will not feature when the Kiwis take on South Africa in the second of their two Tests later this week.

The left-armer was not in the squad for the opening match of the series in Christchurch last week, as he was with his wife awaiting the birth of their third child.

Although he is available and have joined his teammates to bowl in the nets, it’s believed selecting him without significant overs under his belt would be too much of a risk.

It means Boult has likely played his final home match of the New Zealand season, since those players with IPL contracts is expected to give the Netherlands ODI series a miss.

“[He] is not in a position to be available with his loads and where he’s at,” New Zealand coach Gary Stead said.

“Since his wife has been having the baby he’s missed out on a lot of opportunities to play cricket and bowl.

“We just felt the risk of him playing was far too great at the moment.”

No place for spinner

This means New Zealand have kept an unchanged 15-man squad for the second Test, with now specialist spinner selected.

That is no surprise, however, after the New Zealand quicks skittled the Proteas for 95 and 111 in the series opener.

Allrounder Rachin Ravindra is the only spin option in the squad.

“We considered a [frontline] spin option but didn’t feel as though we needed it on this pitch, through history and the way it was looking after the last Test match,” Stead added

Matt Henry was the chief destroyed in the first Test with a career-best 7 for 23 as part of a nine-wicket match haul, which subsequently earned heavy praise from Stead.

“He’s always been a good bowler and sometimes you need that opportunity to strike and make the most it,” Stead continued.

“He bowled beautifully throughout the Test but I thought the whole bowling unit bowled really well together and thought that was one of the reasons we were so convincing.”