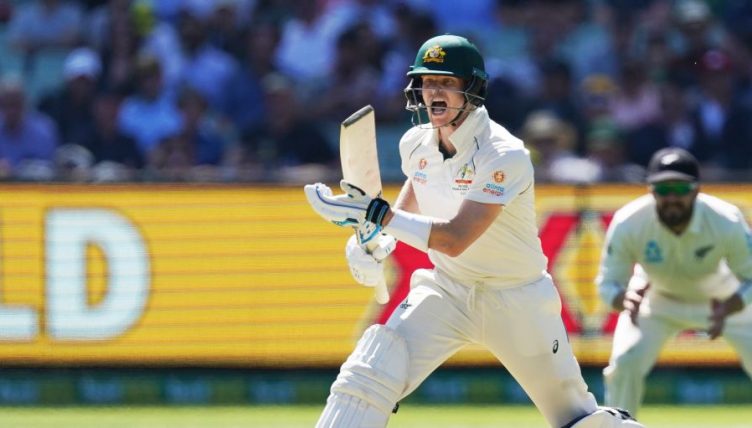 Australia bounced back strongly after losing Joe Burns in the first over of the second Test against New Zealand at Melbourne.

Trent Boult found the gap between Burns’ bat and pad to remove middle stump and give the Black Caps a dream start after they had won the toss and put their opponents into bat.

However, the hosts rallied well, with Steve Smith to the fore, to close on 257 for four.

David Warner and Marnus Labuschagne had put on 60 for the second wicket when Warner fell for 41, caught by Tim Southee at second slip off Neil Wagner 15 minutes before lunch.

It was 144 for three when Labuschagne was bowled by Colin de Grandhomme, then 216 for four when Matthew Wade (38) was caught by BJ Watling off de Grandhomme.

However, Smith (77 not out) and Travis Head (25no) held firm until the close, sharing in an unbroken fifth wicket stand of 41.

Australia lead the three-Test series after winning the opener in Perth by 296 runs.