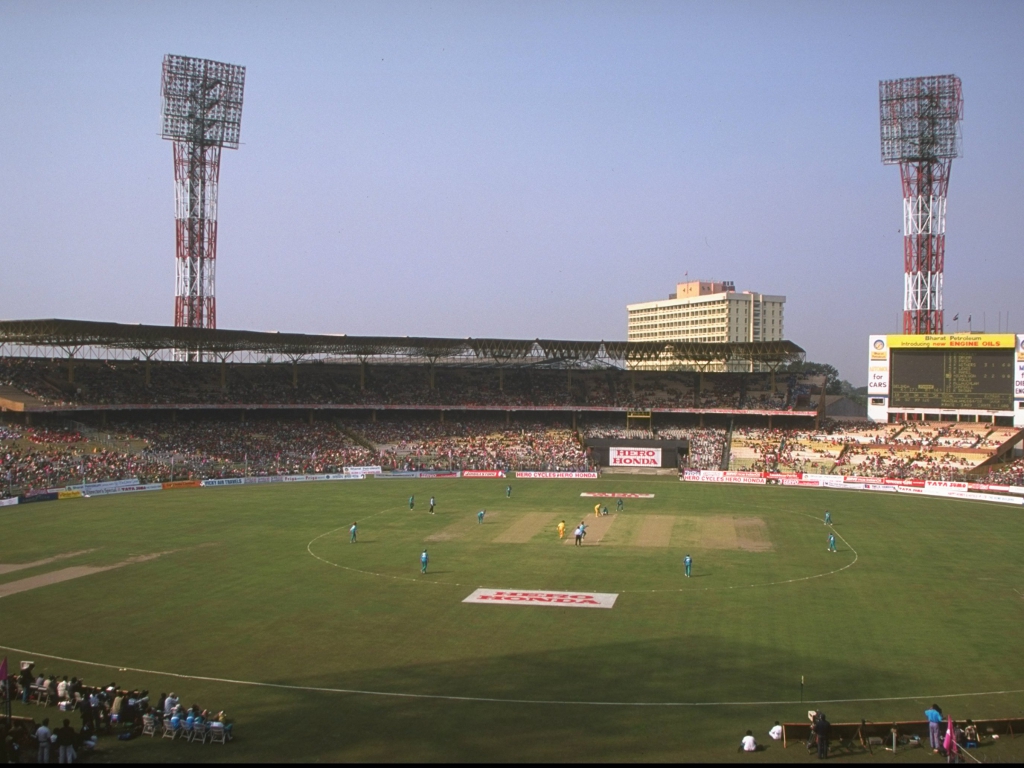 Described by many as the ‘Lord’s of Asia’, Edens Gardens is undoubtedly one of the finest cricket cathedrals in the world – and a firm favourite as a results ground among Indian cricket betting odds.

Legend has it that George Eden, 1st Earl of Auckland, wanted his two sisters to grow up in an atmosphere of unfettered joy in nature, and earmarked the present day Eden Gardens for them to enjoy. The Eden sisters nurtured this garden, which surrounds and includes the site of the cricket stadium, with utmost care and devotion. When they had to leave they presented Eden Gardens as a gift to the people of Kolkata.

The first ever Test match played here was against Douglas Jardine’s England in 1934. Since then the ground has hosted 38 more Test matches – more than any other venue in India. The ground was also the venue for the final of the 1987 World Cup between Australia and England, which was won by the Aussies.

More memorable is the fact that it was the venue for India’s greatest ever comeback, when VVS Laxman and Rahul Dravid batted out an entire day to turn a Test match against Australia in 2001. Steve Waugh had enforced the follow-on, but ended up regretting it as India went on to win the match by 171 runs.

However, things have not always been rosy at Eden Gardens – games against the West Indies in 1966, Australia in 1969 and Sri Lanka during the 1996 World Cup semi-final were marred by unfortunate incidents such as riots and crowd trouble.

Nonetheless, it remains the cricketing temple of India, and while the official capacity is stated to be 90,000, that figure has often been exceeded, creating an atmosphere that few cricket grounds can claim to rival. The stadium itself is shaped like a giant, shallow bowl, and has imposing, distinctive floodlights which tower over it.

The Black Caps scrapped hard but were well beaten by Virat Kohli’s men last autumn in a low-scoring affair.

New Zealand’s attack, which was pace heavy but did include two spinners were able to restrict India to 316 all out. Che Pujara top scored with 87 while Ajinkya Rahane and Wriddhiman Saha also notched fifties.

Bhuvneshwar Kumar then tore through the Black Caps top order and bagged a surprise five wicket haul on the usually spin-friendly wicket but a lower order rally allowed New Zealand to post 204 all out.

A vital 82 from Rohit Sharma rescued India after their top-order gave way with Saha again playing the support role and getting another vital fifty.

The target of 376 was always going to be too much on a deteriorating wicket but Tom Latham’s 74 gave the Black Caps some hope before Ravi Ashwin and Ravindra Jadeja gutted the tail.

Curiously Ashwin holds the position of both the leading runscorer and wicket-taker in the current India squad notching 271 runs in six innings and bagging 18 wickets in his four Tests at the venue.

Sri Lanka skipper Dinesh Chandimal was confident his batsmen would handle the seamers on a greener than normal Eden Gardens wicket: “In our last series here, we played really good against their seamers.

“We are confident to play on the grassy conditions and bouncy pitches.

“We are more than capable of playing in this kind of conditions. We need to get a good start, especially the top four and then we can continue.”

It looks set to be warm and mostly dry in Kolkata over the next week so the result looks good.

There is more grass on this wicket than usual and it is expected to be two-paced which will test the concentration of all the batsmen.

India have hinted at playing an extra seamer while Sri Lanka may prefer to set up more traditionally.