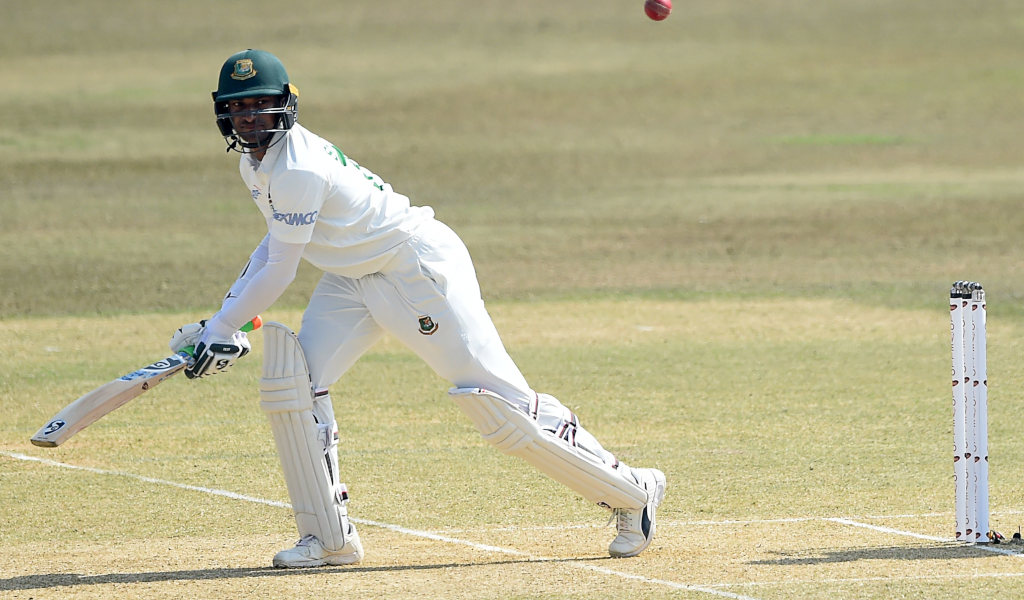 Shakib-Al-Hasan will be assessed by the Bangladesh medical team ahead of a potential return in the Test series against Pakistan.

Opening batter Tamim Iqbal was ruled out of the Test series with a fracture on his left thumb.

The call-ups were based on performances in Bangladesh’s National Cricket League First Class tournament.

“It is still early days for him but Mahmudul has showed good temperament for the longer version,” Chief selector Minhajul Abedin said.

“He is also an in-form batsman.

“With injury concerns to Taskin (Ahmed) and Shoriful (Islam), we needed to keep our pace-bowling options open and Raja got the nod.

“We have been monitoring his performances in First Class competitions. He is strong and energetic and has a knack for taking wickets.”

Mominul Haque and Mushfiqur Rahim remain central to Bangladesh’s Test side despite the latter being summoned to BCB headquarters over rogue interviews.

“There is a fair bit of experience if you consider that Mominul (Haque), Mushfiqur (Rahim), Shakib, Taijul (Islam) and Miraz (Mehidy Hasan) are all part of the squad,” Abedin said.

“We will obviously have to wait to see if Shakib makes it for the first Test but these players have been the most consistent performers for us in Tests and their presence can make a difference.

“We have options in the spin department as well as in pace.

“The team for the first Test is made up of cricketers who have been playing together regularly and they know the demands of Test matches.”