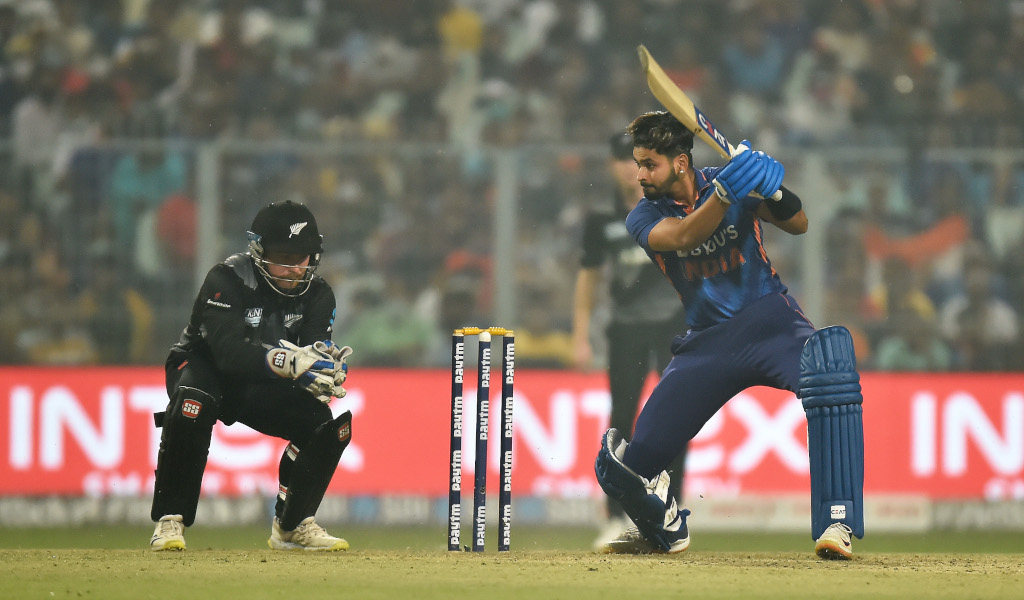 KL Rahul was ruled out of the first Test against New Zealand with a thigh strain paving the way for Shreyas Iyer to make his debut for India in the format.

Iyer already has more than 50 international appearances to his name in limited-overs cricket but has been unable to crack into the settled Test XI.

Stand-in skipper Ajinkya Rahane confirmed that Iyer would make his Test debut and open the batting for India against New Zealand from Thursday 25 November.

“Shreyas is going to make his debut,” Rahane confirmed one day out from the first Test.

“Unfortunately, KL is injured, he is not going to be part of the test team for next two matches. It’s obviously a big blow.

“He was in good form, played well in the T20s. We will miss him. But we have guys who can do the job, guys who have done well for us in the past and are experienced.”

Despite the resting of Jasprit Bumrah and Mohammed Shami, Rahane is confident that India have a bowling attack capable of taking 20 wickets in the Test.

Rahane feels that India’s batters will enjoy a return to familiar conditions and feels that the match is set up for the top order to cash in.

“We are backing our bowlers to take 20 wickets on spin-friendly pitches,” he said.

“At the same time, it will be good to bat on.

“That is a challenge as a batter, to play at the highest level you have to adapt to the situations, conditions and then once you are set, try and get a big one.”

India have the numbers on their side

India have lost just once Test at home in the last four years and even without Bumrah, Shami, Rishabh Pant, and Virat Kohli they will be a tough nut for the Black Caps to crack.

Rahane sports an unbeaten record as captain in Test cricket having led India to victory four times in five matches.

This match will be the first in the format for New Zealand since they won a two-match series in England on the heels of their World Test Championship final triumph over India.