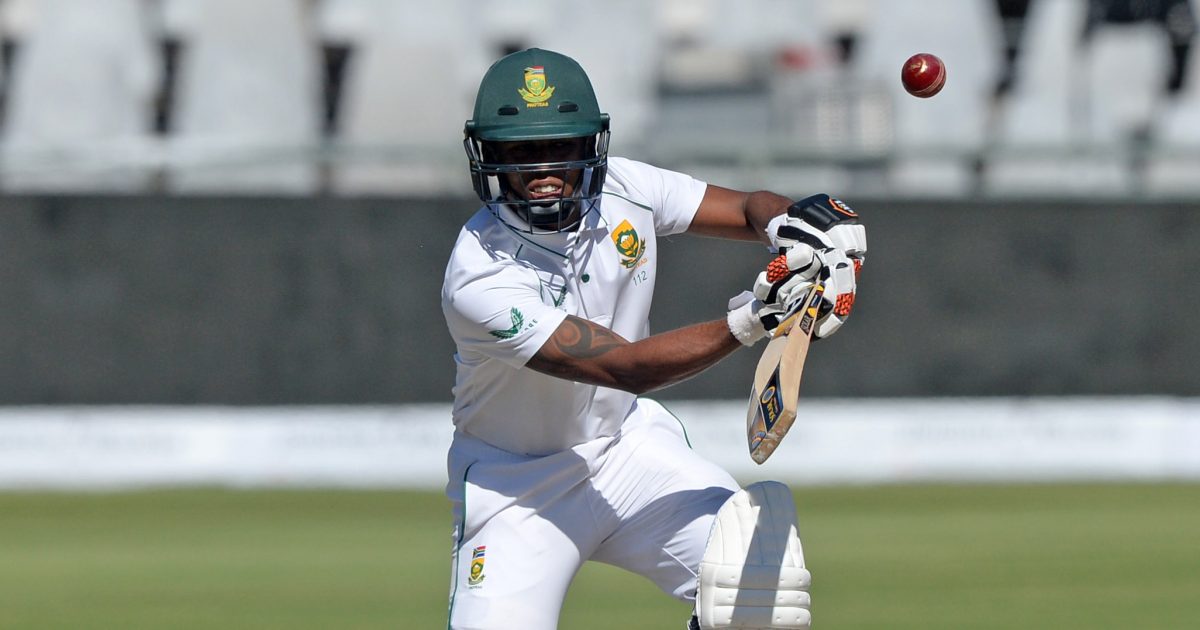 New South Africa batting star Keegan Petersen has not quite gotten his head around his newfound fame.

The 28-year-old was recently named Player of the Series after shining with the bat as the Proteas beat India 2-1 in a Test series on home soil.

His composure and technique caught the eye of many and he amassed 276 runs at an average of 46, great numbers considering the difficult batting conditions.

He was also the only player to pass the 50-mark on three occasions with scores of 72, 82 and 62, and seemingly got better as the series progressed.

“It hasn’t completely sunk in yet,” he said.

“Myself, my family and everyone close to us are still trying to get over it somehow. It was a challenging series against one of the best bowling attacks in the world.

“It was by far the most challenging bowling I have come across in my career, whether it’s been in first-class cricket or any form of cricket.

“It hasn’t been an easy introduction for me to international cricket, but I honestly wouldn’t have it any other way.

“My journey’s unique and it’s my story to tell as well.

“Whether I bat in the first couple of overs or whether I bat after 50 overs, I’m just grateful to have the opportunity to be there, playing amongst a group of guys who are also trying to start something new in South African cricket.

“We are also trying to tell a new story as a team together as well.”

South Africa started the series slowly and ended up losing the opener in Centurion by 113 runs, but showed a steely resolve and bounced back to win the next two both by seven wickets, batting last in tricky conditions.

“The achievement for us as a squad, we know the chips were down and the odds were against us especially after the first game where we were beaten,” Petersen continued.

“It wasn’t a good scenario, but we had a couple of strong chats after the game looking at ways to bounce back.

“It’s just our personalities and character as South Africans, even though we’re the underdogs, we always come back fighting.

“That’s just how we are and we showed that during this series.

“Hopefully it carries on for years to come.”