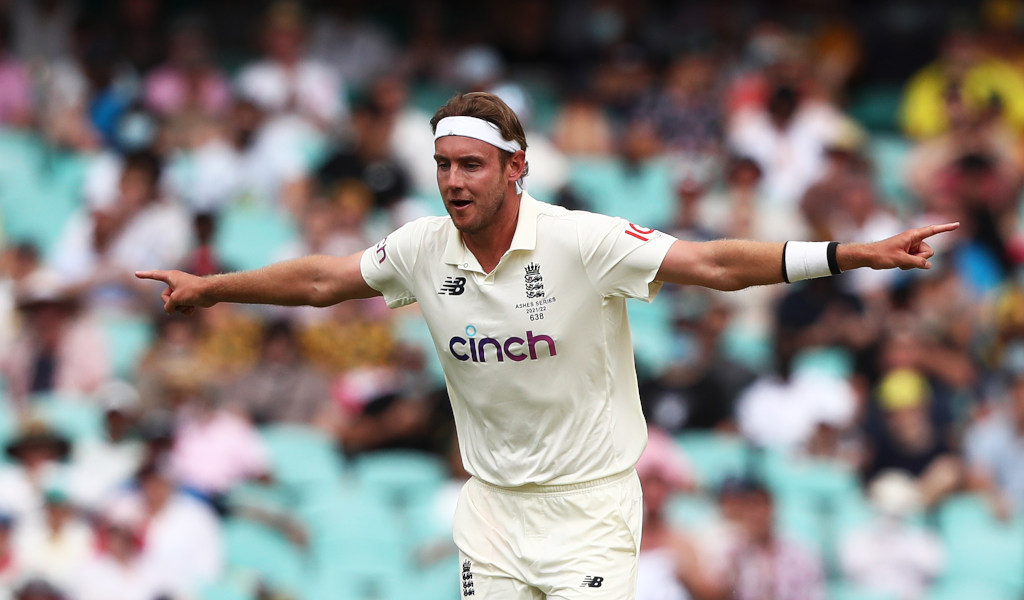 Stuart Broad admits he is “gutted” to have been dropped by England and says the controversial decision has affected his sleep.

Along with fellow veteran seamer James Anderson, Broad has been left out of the England squad for their upcoming Test series in the West Indies in a shake-up following the recent Ashes defeat in Australia.

The pair have 1,177 Test wickets between them and Broad, 35, is frustrated and at a loss to explain his omission.

In his column in the Mail on Sunday, Broad wrote: “The decision to leave me out of the tour of West Indies has hit me pretty hard. Not to big it up too much, but it has affected my sleep.

“I have been Test match standard for a long time and, for the last eight years, you would say world class.

“I could take being dropped if I had let my standards slip, but facing up to being overlooked when they haven’t is another thing altogether.”

Broad, who has played 152 Tests, said he was “waking up more confused and angrier with each passing day” and added: “I feel gutted.”

Broad said he was also unhappy at how the matter was dealt with, stating he had received just a short phone call from England’s interim managing director Sir Andrew Strauss.

Explaining he felt the decision was “unjust”, Broad said he was “struggling to put things into context”.

He added: “It’s hard to do so when all you’ve had is a five-minute phone call and nothing else.”