Third Test Day One: South Africa on top against India after bowlers dominate at Newlands 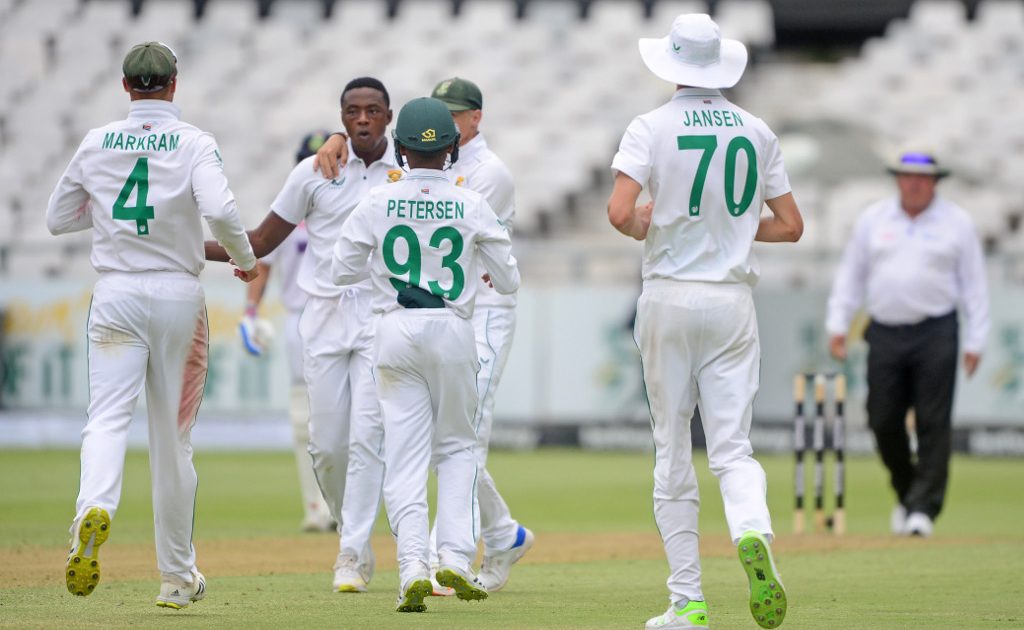 Hosts South Africa are in a strong position after the first day of the third and final Test with a deficit of 206 runs and nine wickets remaining their first innings at Newlands in Cape Town.

The Proteas finished the day on 17/1 with Aiden Markram (8) and nightwatchman Keshav Maharaj (6) at the wicket, after facing eight fiery overs late on the day.

After winning the toss and electing to bat first, India were dismissed for a paltry 223 in their first innings, with Virat Kohli (79) the only significant contributor with the bat.

The visitors got off to a quick start on an overcast Cape Town morning, before both openers were dismissed in quick succession.

First Test centurion KL Rahul (12) were the first to fall – caught behind off Duanne Oliver with the score on 31. It quickly became 33/2 when Mayank Agarwal nicked off to Markram in the slips from a fine Kagiso Rabada delivery.

The second hour of the first morning was arguably India’s brightest moment with bat in hand on the day, as Cheteshwar Pujara was joined by Kohli at the wicket.

The pair added 62 for the third wicket until Marco Jansen got his name on the scoresheet after lunch when an accurate delivery just outside the off-stump got the outside edge of Pujara’s (43) bat and provided Kyle Verreynne with his second catch with the gloves.

Ajinkya Rahane (9) didn’t stay long and he too was caught behind off Rabada to bring the score to 116/4 and South Africa on top.

Kohli and new batsman Rishabh Pant saw things through to tea, but in the final session, the wickets continued to tumble.

Pant (27), who had stayed with Kohli for 84 minutes, was caught in the gully off Jansen’s bowling, and the cat was properly among the pigeons when Jansen had Ravichandran Ashwin (2) caught behind with the score on 175/6.

Kohli tried to farm the strike thereafter and formed a little partnership with Shardul Thakur, with whom he took the score to 205.

Maharaj deceived Thakur (12) in the flight and he presented a catch to Keegan Petersen at silly mid-off, while Jasprit Bumrah didn’t trouble the scorers when he was caught in the slips off Rabada’s bowling.

Kohli continued to take the lion’s share of the bowling but his time at the crease ran out when he presented Verreynne with his fifth catch of the afternoon off Rabada’s bowling.

Mohammed Shami was the last man out when Temba Bavuma took a sharp catch from Lungi Ngidi’s bowling.

Rabada finished with figures of 4/73 while Jansen took 3/55.

The Proteas lost the early wicket of captain Dean Elgar (3), took by Pujara in the slips off Bumrah’s bowling.