Trent Boult happy to have his 300 Test wickets moment 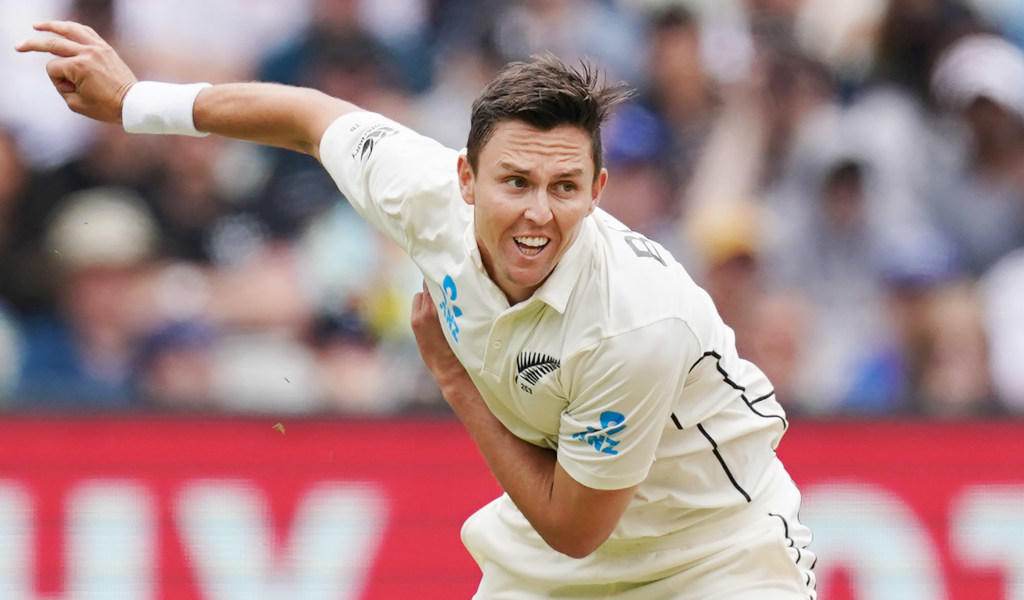 Not only did Boult produce a jaffer to remove Mehidy Hasan Miraz, but he celebrated the moment with long-time friend Tim Southee.

Boult picked up his ninth Test five-wicket haul as Bangladesh slumped to 126 all out in reply to New Zealand’s 521 for 6 declared.

“It definitely means a lot,” Boult said after the day’s play.

“It is very special to have Timmy (Southee) out there with me this afternoon.

“To join the names like Daniel (Vettori) and Sir Richard (Hadlee) is also very special.

“Winning the Test match and getting back in the series will be special as well. It is definitely the focus at the moment.”

Boult took time to laud the impact Southee has had on his career.

“He is pretty proud of me. Nice to join him,” Boult said.

“Very special to have him out there this afternoon.

“I am sure we can enjoy a few more wickets together.

“Our friendship has dated back many years.

“I think we met towards the end of Under-17s.

“We have had a career to date of probably ten-plus years underneath the black cap.

“I am also learning off him.

“He has an incredible work ethic. His record speaks for itself.

“It comes from a lot of hard yards, and his desire to be better every day. It is always a great feeling when both of us are taking wickets.

“Those have been the best memories.”

Having been made to toil by Bangladesh in the first Test, New Zealand’s attack bit back on day two of the second match at the Hagley Oval.

Boult said that a change of venue can do wonders for a bowling attack, revealing the Christchurch ground as one of his favourite hunting grounds.

“The wicket obviously offers a bit of bounce with grass on it. I thought the way the boys started, to get a couple of wickets early, not really letting up on the pressure.

“I suppose we did what we spoke about.

“It is simply to get them playing on the front foot, and bowl for each other at each end.

“Only half the job is done, but it was a satisfying afternoon.

“I am generally trying to pitch the ball up.

“Get a bit of movement in the air.

“The wicket offers a bit of bounce.

“It has a good grass covering.

“The wind is the big thing for us as a bowling unit.

“It is generally left to right.

“It suits me and Timmy nicely, and then [Neil] Wagner and KJ [Kyle Jamieson] come in behind to do the stuff they do.”