Wanderers Test on a knife edge after Shardul Thakur seven 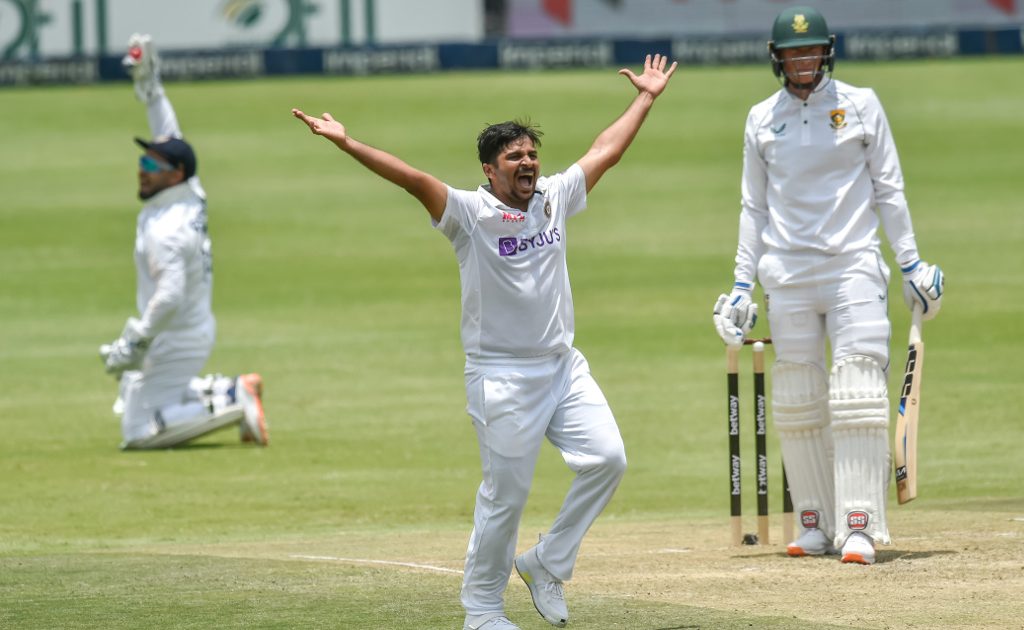 India’s Shardul Thakur sent several records tumbling after his seven-for saw the visitors move into the driving seat in the second Test against South Africa at the Wanderers in Johannesburg.

Thakur ended the innings with figures of 7/61, which is the best by an Indian bowler against South Africa.

With Thakur’s heroics, South Africa were dismissed for 229 in their first innings to claim a 27-run lead, while the visitors raced to 85/2 at stumps on day two, with Cheteshwar Pujara (35) and Ajinkya Rahane (11) at the wicket.

Dean Elgar (28) was the first to fall – caught behind – before Keegan Petersen flashed at a wide one and was grasped in the slips for a well-played 62.

With what proved to be the last ball before the interval, Rassie van der Dussen walked after appearing to be caught behind, although replays suggested that the ball dropped just before Rishabh Pant with the gloves.

In the afternoon session, Temba Bavuma and Kyle Verreynne added some respectability to what could have been a difficult situation, before the keeper was caught plumb in front for 21.

Bavuma became the next of Thakur’s victims when he too was caught behind for a brisk 51.

Marco Jansen and Keshav Maharaj both scored 21 to steer South Africa into a lead, with the former also falling to Jansen while South Africa’s spinner fell to Jasprit Bumrah.

India were in a spot of bother at 44/2 after Jansen did for first Test hero KL Rahul (eight) and Duanne Olivier trapped Mayank Agarwal in front, but Pujara and Rahane calmed their nerves and saw the team through to stumps.