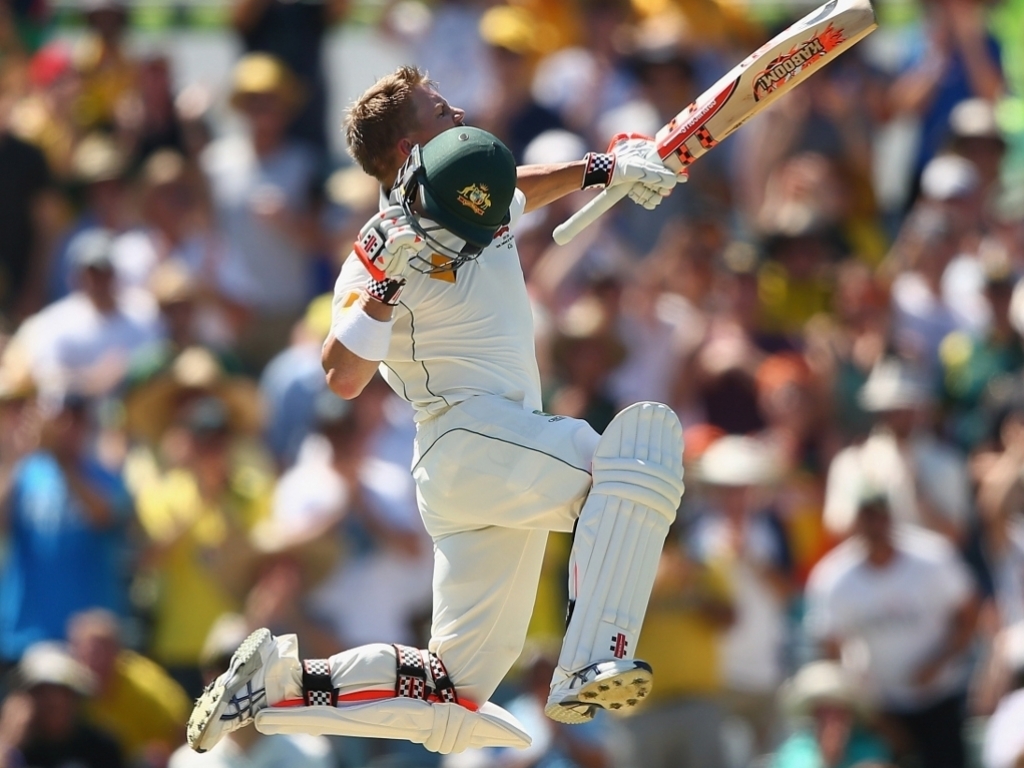 David Warner blasted his way into the history books becoming only the fifth man to score a hundred before lunch on day one of a Test match but he reserved special praise for his opening partner.

The man at the other end was twenty year old Matt Renshaw who wouldn’t have dreamed at the start of the season that he would be playing Test cricket let alone recording the highest score by someone his age for Australia.

Renshaw stuck to his natural game as Warner blasted his way to a 78 ball hundred and at times came in for some stick from the crowd but his partner was thrilled with his showing.

Warner said of Renshaw who ended the day on 167 not out: “We saw it today, he’s got the mental capacity to get through the whole day, and get through those tough times.

“There were parts when he accelerated and decelerated. But to his credit, at 20 years of age, to score a hundred like that and be not out overnight, he’s got a bright future ahead of him.”

Warner told the young gun not to change his natural game and to try to stick around as long as possible.

He said: “I kept on saying to the youngster, ‘don’t worry about me, worry about the lunch break’.

“And I think with about eight minutes to go I walked down to him and he was blocking and leaving, and I made sure to just tell him that if it’s there you’ve got to hit it, and if there’s a single take the single.”

With Warner on the brink of a stunning milestone the crowd got testy with Renshaw’s approach.

Renshaw commented: “That’s probably the first time I’ve been booed and cheered for blocking a ball in the same over.

“He told me to not change my game and just keep batting and try to get to lunch. I just tried to run as fast as I could when he was on 99.

Renshaw said of the three he helped run to get Warner to his ton: “I knew I was running to the danger end so I just tried to put the burners on and try and get there.”

Warner said of his achievement: “It’s an honour to be alongside those names.

“I had absolutely no idea about that stat. I knew about hundreds in a session, but not that stat at all.”

Renshaw meanwhile was content to play his normal game and not get carried away by Warner’s fireworks.

He added: “That first session was all just a bit of a whirlwind.

“Davey was absolutely smoking them and I was just trudging along on not many. I was trying not to keep up with him, like I have done in the past apparently. He keeps telling me that I’m not going to keep up with him too much, and I didn’t try at all today.”

The young left-hander was struck on the helmet by a Mohammad Amir bouncer but was able to continue batting after a once over from the team doctor Peter Brukner.

Renshaw added: “He asked me if I was okay.

“I was fine, so I just wanted to be out there. I didn’t want to retire hurt on 91 … he asked me the score, and who the last person out was, but I got them pretty right. I think I was four runs off the score, so not too bad.”