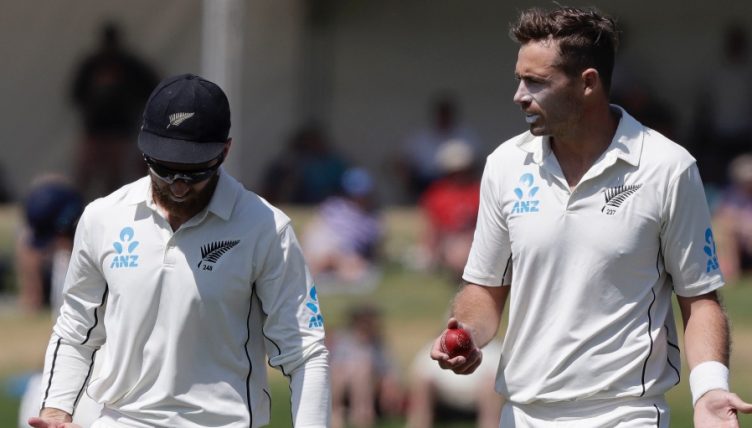 New Zealand held a handy 51-run lead over India at stumps on the second day of the first Test in Wellington thanks to 89 from captain Kane Williamson.

After debutant Kyle Jamieson skittled India’s top order on day one, the Kiwis had no problem getting on with the job.

Despite opener Tom Latham falling for just 11, New Zealand’s batsmen were able to settle into an efficient rhythm as they eclipsed India’s first-innings total without too much trouble.

Williamson was strong with the bat, finishing with 89 runs from 153 deliveries before he was dismissed by Mohammed Shami, while Ross Taylor made a contribution of 44 in his 100th Test.

BJ Watling (14) and Colin De Grandhomme (4) will resume at the crease on Sunday with New Zealand on 216 for five.