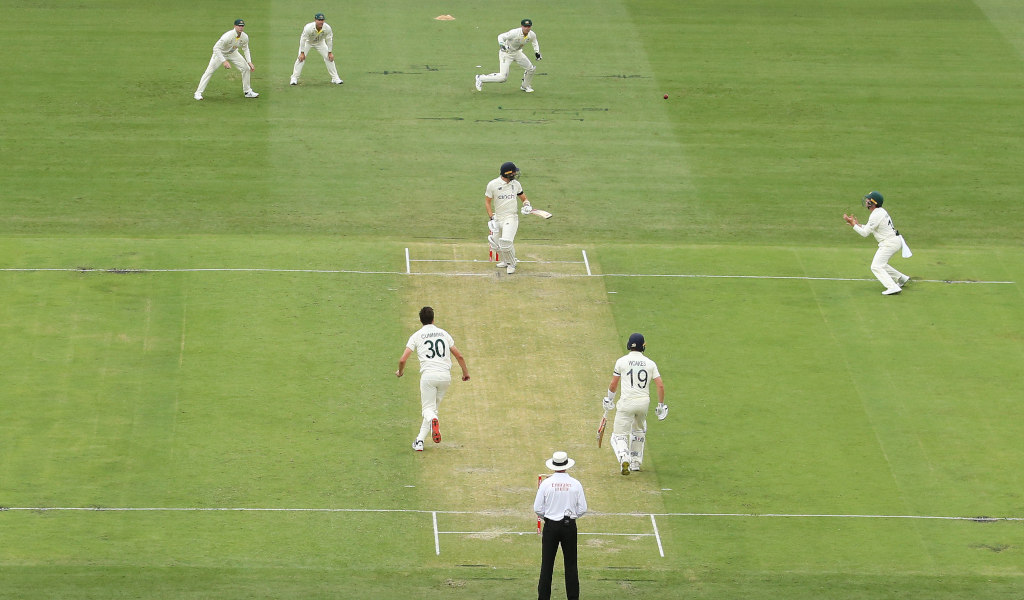 Alastair Cook admits England will have to “come out swinging” on day two after being bowled out for 147 on a morale-sapping opening day of the Ashes series in Brisbane.

England skipper Joe Root, who opted to bat first after winning the toss at the Gabba in cloudy conditions, fell to Cummins for a duck.

Former England captain Cook says England have no choice now but to come out fighting.

“Joe Root talks about England having character, they are going to have to show it now,” Cook told BT Sport. “They will have to come out swinging.

“They have got history of fighting back against Australia.

“The coaches have to earn their money now, saying the right things at the right times, making sure it isn’t doom and gloom.

“They have to go around tonight making sure that the likes of Rory Burns can regroup and come back and bat in the second innings.”

Former Three Lions paceman Steve Harmison also urged England to take an aggressive approach for the remainder of the Test.

“England need somebody to grab the game by the scruff of the neck,” he said. “This game is not lost yet.”

Harmison, who had his own first-ball ordeal in 2006 when he bowled a wild wide, admitted Burns’ first-ball dismissal had sent shock waves through the England side.

“I don’t think they ever recovered from that,” he said.

Cummins was understandably happy with his side’s opening-day showing.

“It has all gone to plan at the moment,” he said.

“I’m really proud of the guys for the way they bowled. It’s a great start. Getting England out for 147, we’re pretty happy.

“I’ve bowled better before but it was nice to get wickets.”

On his decision to bring himself into the attack when fellow skipper Root arrived at the crease, Cummins said: “I feel like I’ve bowled well to him in the past so I thought I’d have a crack.”

Cummins admitted Starc’s breakthrough with the opening ball had fired his side up.

“He was pumped. We were all pumped,” he added.

“He’s got a knack of doing that, getting wickets early. I’m really happy for him. It’s been a great day for him.”

“It was a perfect start to the Ashes for Australia,” he said. “To start with a wicket on the first ball. It doesn’t get any better than that.

“On this pitch it is about getting enough balls in the right area. The way to take wickets is to get the ball up there and get them coming forwards.”