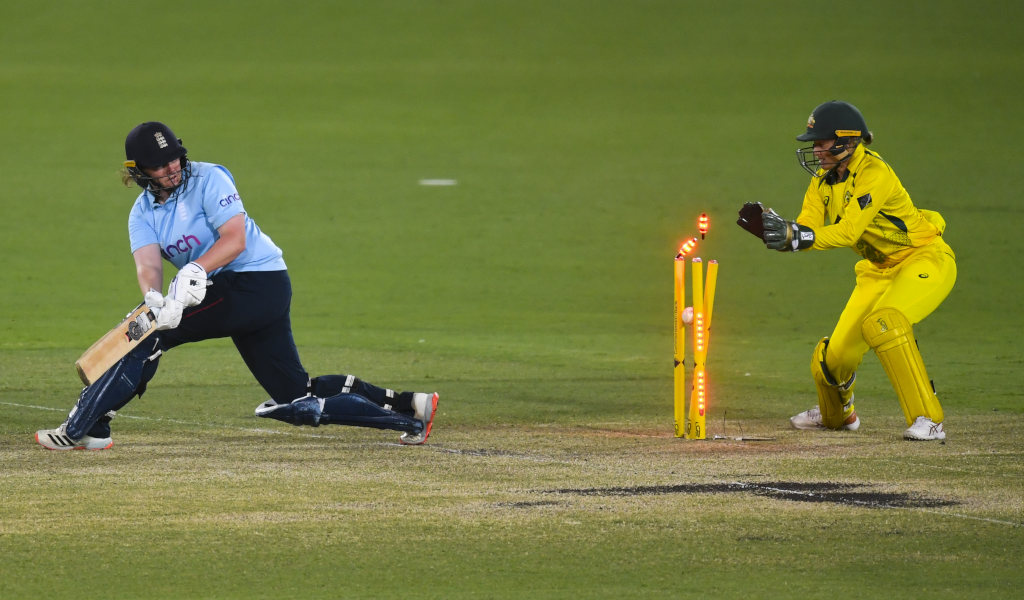 Anya Shrubsole insists England’s aim is to try and level the Women’s Ashes multi-format series ahead of the second one-day international in Melbourne.

Australia retained the trophy, a title they have held since 2015, with a 27-run win in the first one-day international on Thursday, taking an 8-4 lead in the series with two ODIs remaining.

England have yet to win a game in the series, having lost the first T20 – with the subsequent two being washouts – drawing the only Test match and then experiencing defeat in the first ODI.

“Obviously we want to get a win on the board,” said England bowler Shrubsole.

“We feel like we’ve played some good cricket on this tour so far but ultimately it’s about getting over the line and we haven’t quite been able to do that, which is obviously frustrating.

“There is still a chance to level up the Ashes if we win the next two games and that’s what we’re out here to do.”

Australia have been beaten just twice in one-day cricket since the 2017 World Cup, a stretch that includes a 26-match winning streak, but Shrubsole believes England are closing in on their rivals.

“We want to win every game that we go out there and play and there’s two opportunities to do that, obviously with the back drop of the World Cup afterwards,” she said.

Australia vice-captain Rachael Haynes urged her side to go on and win the Ashes in the upcoming ODI at the CitiPower Centre, which starts at 2305GMT on Saturday.

“We definitely want to win them back, we’ve definitely been in series in the past where we’ve retained them and it’s not quite the same feeling as going on and winning,” she said.

“From our perspective we’re looking to continue our momentum and hopefully win these final two ODIs.”