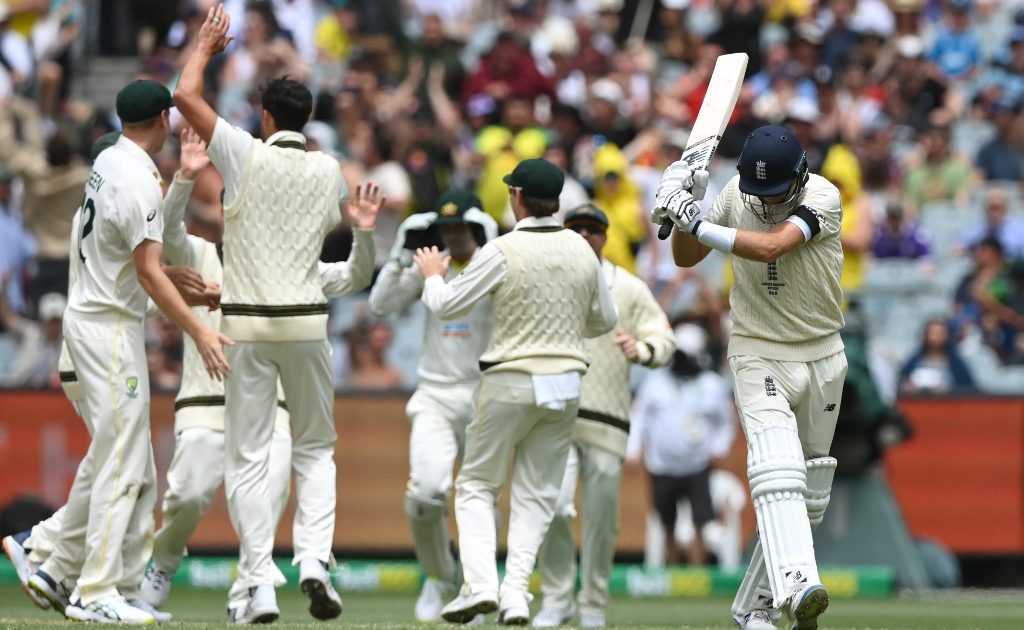 Graham Thorpe believes England’s under-performing batters have been handed “a wake-up call” by their Ashes travails and has already begun the work of rebuilding their techniques.

With head coach Chris Silverwood in isolation due to the Covid-19 outbreak in the touring camp, Thorpe will step up from his assistant role to take charge of the New Year Test in Sydney.

At 3-0 down, the series and the urn are long gone but there are no hiding places for a batting unit that has been ruthlessly exposed by Australia’s high-class pace attack.

No England player has made a century in the series, with captain Joe Root and Dawid Malan the only squad members to reach 50.

The likes of Rory Burns, Haseeb Hameed, Ollie Pope and Zak Crawley have provided easy pickings for the home bowlers and Thorpe, who played 100 Tests as one of the classiest players of his generation, is the man charged with putting them back on the right path.

He accepts there is an element of shellshock among the group but is realistic about the gulf between the challenge in front of them and the domestic game they emerged from.

“They’re trying to learn in county cricket but the truth is when they come out of county cricket they have to learn again, because Test cricket is 10 times harder,” said Thorpe.

“When I look at the batting in general, I try to teach the basics of the game. We are trying to still educate some of the younger guys into that, the rhythm of Test match batting, playing situations in the game, doing it for long periods of time. Some of them haven’t been able to do it yet. Some people’s journeys are in different places.

“With some players it’s a wake-up call and could actually kick-start their careers because they’ve started training in a very, very different way. They don’t waste time fluffing, hitting half-volleys.

“They’ve come up against some very good bowling attacks, who have been able to have a little watch of them and see where some of their Achilles heels are – and they’re having to face that reality.”

Burns is an interesting case study for the issues Thorpe raises. He arrived on the tour as a senior player but was out to the very first ball of the series and lost his place after two matches, prompting questions about his long-term future.

Thorpe was honest about the conversations which have been had with a player who was seen as a possible successor to Root just a few months ago. His verdict suggested an immediate comeback at the SCG was hardly likely.

Thorpe continued: “I said you’ve played 31 Test matches and you average 30, so we want you to be doing more, to be better than that as a player.

“We’ve had discussions with him – does he need a major overhaul of his technique or just to tinker with things? He needs to do the simple things better – can he calm things down with his movements and everything? We’ve been talking him through that.

“When players get a little bit of success they then think ‘my way is the right way’. I said to him ‘the best bowlers in the world are going to analyse your technique and the right-hand column is going to tell you whether you’re getting it right or not.

Adjustments need to be made

“I think he can come back again and play for England, definitely, but he’s very clear those little adjustments are going to help him to stay at the crease longer.”

With Silverwood absent due to quarantine restrictions, Thorpe is set to take the reins at the ground where he began his coaching career with New South Wales more than a decade ago.

Then he worked with up-and-coming prospects Steve Smith and David Warner, now the fulcrum of the Australia team.

“It was a great life experience and a wonderful opportunity to live and work in a different environment,” he said.

“People like Davey and Steve, seeing them when they were younger, they were not cut out the way they are now and some of our players need to understand that.

“Players have to work out where they want to get to and the hard work needed.”