Home The Ashes Ashes schedule and TV Time: When does day three of the second Test start?

Ashes schedule and TV Time: When does day three of the second Test start? 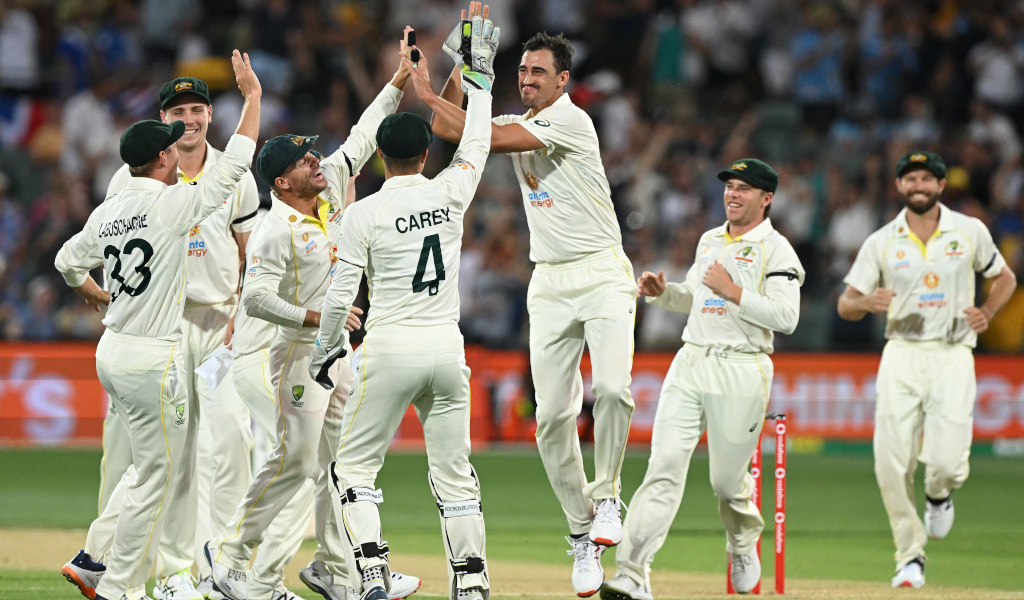 The second Ashes Test between Australia and England is a day/night affair being played with the pink Kookaburra.

England find themselves up against it after two days of action having toiled hard as Australia posted 473 for nine and then declared with enough time to get in a few overs at the best time of day to use the new pink ball.

Marnus Labuschagne ended as the top-scorer with his 103.

Dawid Malan and Joe Root are at the wicket, and face a challenging morning against an Australia attack with their tails up.

Day three of the second Ashes Test at the Adelaide Oval will get underway at 14:30 local time on Friday 17 December.

Play will start at 04:00 (GMT) with the toss scheduled to take place at 03:30 and the enitre match will be broadcast on BT Sport in the UK.

The BBC will be send out a highlights each day at 17:00 on the iPlayer, while they also boast ‘digital in-play clips’ on their live coverage online.

The second and fifth Tests will be day/night matches.