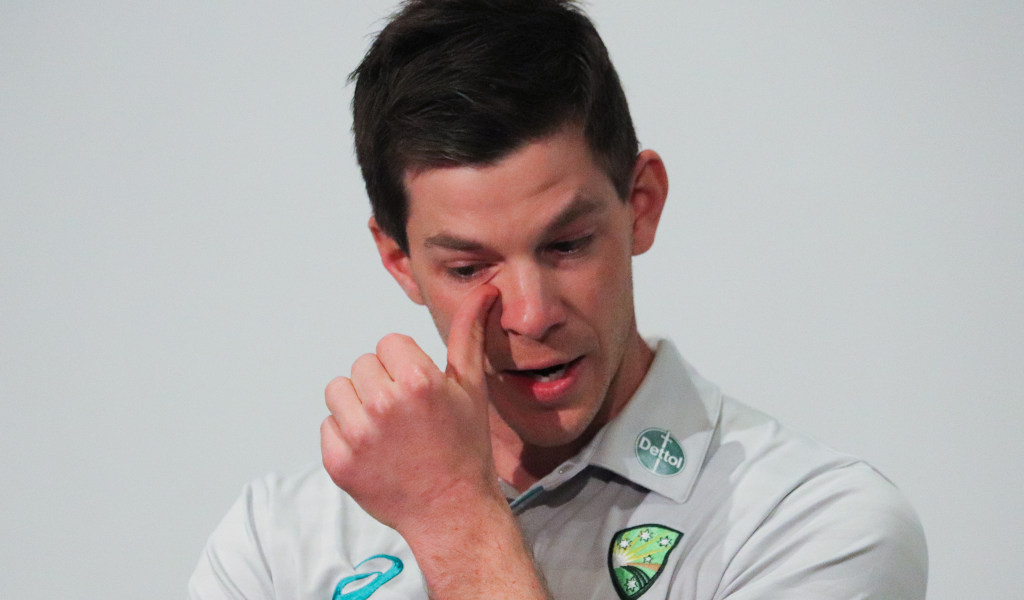 Australia’s Ashes preparations have been plunged into disarray after Tim Paine’s shock resignation as Test captain following revelations about a sexting scandal.

Paine was elevated to the captaincy in the aftermath of the 2018 sandpaper crisis, charged with salvaging the reputation of the Baggy Green, but has now made his own tearful exit just 19 days before the series opener against England in Brisbane.

The 36-year-old wicketkeeper was confirmed as skipper of a 15-strong squad just 48 hours ago but gave a press conference in Hobart on Friday, admitting “a private text exchange” with a former colleague at Cricket Tasmania.

The matter was investigated by Cricket Australia over three years ago, with Paine found not to have breached the organisation’s code of conduct but he concluded his past conduct did “not meet the standard of an Australian cricket captain or the wider community”.

Paine last month appeared to bait England captain Joe Root over his squad’s travel concerns, telling SEN Radio: “The Ashes are going ahead. The first Test is on 8 December, whether Joe is here or not.”

It now seems like it his appearance in that match that is in doubt, not Root’s. CA say Paine remains available for selection but his fitness has already been a doubt due to recent surgery on a pinched nerve in his neck and his playing credentials are considerably reduced without his leadership role.

Paine has yet to score a Test century in 57 Test innings and neither his glovework, nor his career average of 32.63, make him a bulletproof selection with the likes of Alex Carey and Josh Inglis gunning for his spot.

Paine’s vice-captain, pace bowler Pat Cummins, is in pole position to take the reins but Australia have typically favoured batters for the role and the congested nature of this winter’s Ashes means his workload may already be too demanding.

Steve Smith, the man who surrendered the role after the ball-tampering debacle in Cape Town, is both an obvious and controversial alternative, while Marnus Labuschagne and Travis Head are also options.

“That investigation and a Cricket Tasmania HR investigation at the same time found that there had been no breach of the Cricket Australia code of conduct.

“Although exonerated, I deeply regretted this incident at the time and still do today. We thought this incident was behind us and that I could focus entirely on the team as I have done for the last three or four years.

“However, I recently became aware that this private text exchange was going to become public. On reflection, my actions in 2017 do not meet the standard of an Australian cricket captain or the wider community.

“I am deeply sorry for the hurt and pain that I have caused to my wife, my family and to the other party. I am sorry for any damage that this does to the reputation of our sport and I believe that it is the right decision for me to stand down as captain effective immediately.”

Paine led Australia in 23 Tests with 11 wins, eight losses and four draws and oversaw the retention of the urn in a 2-2 draw in England two years ago.

“I do not want this to become an unwelcome disruption to the team ahead of what is a huge Ashes series,” he added

“I have loved my role as captain of the Australia cricket team and it has been the greatest privilege of my sporting life to lead the Australian men’s Test team.”