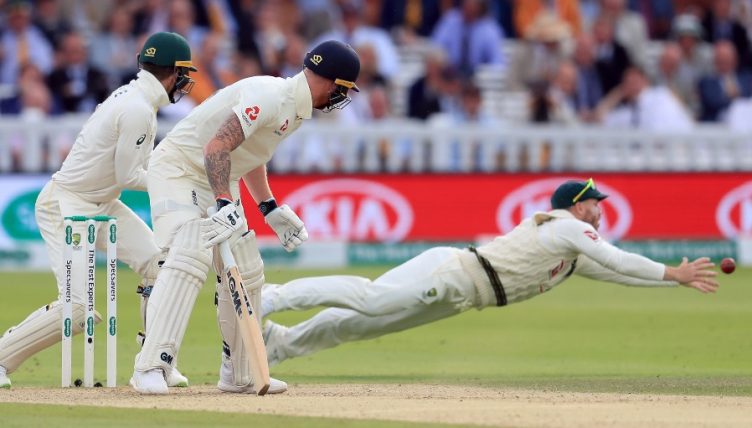 Australia captain Tim Paine has hit out at England all-rounder Ben Stokes for taking a “cheap shot” at David Warner, claiming he was using the controversial opening batsman to spike sales of his new book.

In his book, which is being serialised in a British newspaper, he claims Warner’s sledging motivated Stokes during his match-winning heroics in the third Ashes Test this year.

Stokes’ unbeaten 135 at Headingley steered England to a record run chase and thrilling one-wicket win to square the five-match series at 1-1, in what will go down as one of the greatest innings in Test history.

“The Ashes well and truly alive because of one cricketer!”

Ben Stokes wrote his name into #Ashes folklore with an astonishing 💯 as England levelled the series with a historic one-wicket win at Headingley. #AshesBitesize pic.twitter.com/QTPmh2nyqQ

“He just wouldn’t shut up for most of my time out there,” Stokes said of Warner, who insists he has reformed and is no longer the brash character who was banned for a year over a ball-tampering scandal.

“I could accept it from just about any other opponent. Truly. Not from him, though,” Stokes added.

“The changed man he was adamant he’d become, the one that hardly said boo to a goose and even went as far as claiming he had been re-nicknamed ‘Humble’ by his Australia team-mates, had disappeared.”

READ: Buttler reveals how Trescothick has helped with ‘technical tweaks’

Paine disputed the characterisation and was adamant Warner did nothing wrong.

Asked if it was a cheap shot by Stokes, Paine replied: “Oh absolutely. “I was obviously standing next to David the whole time (at first slip) and you are allowed to talk on the cricket field,” he told reporters on Sunday in Brisbane ahead of a Test series against Pakistan.

“But by no means was he abusing him or sledging him. “It just seems to be a common trend in England that they like to use Davey’s name to spike book sales.