Home The Ashes Australia Have Questions To Answer For Ashes Defence

Australia Have Questions To Answer For Ashes Defence 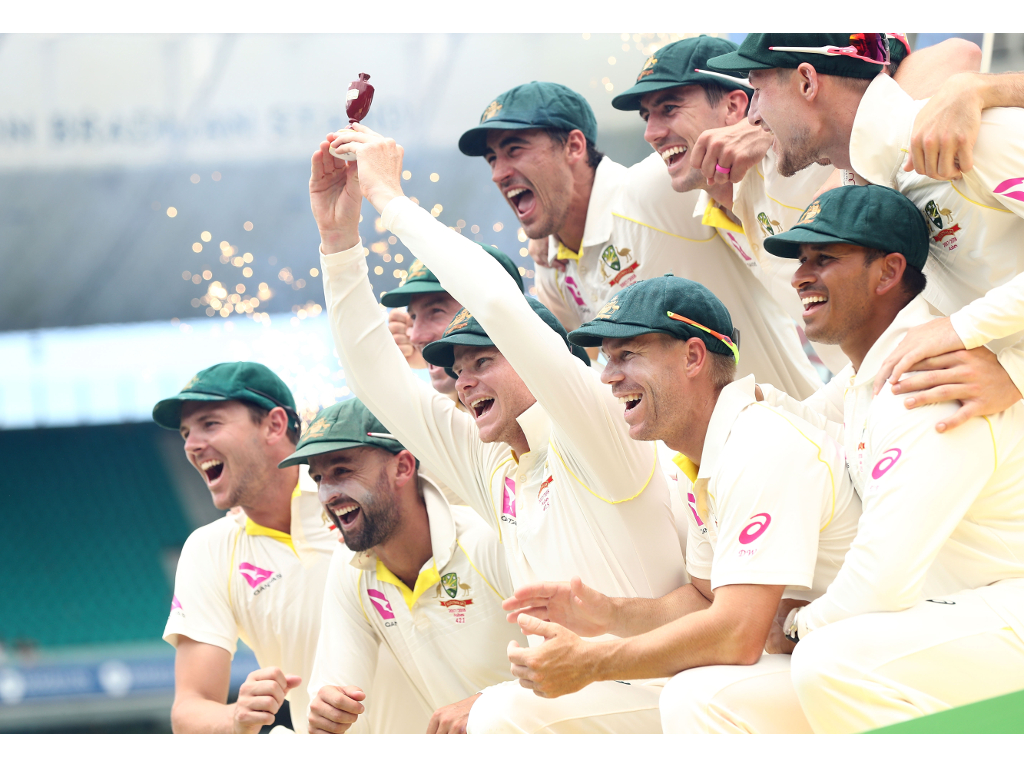 Australia delivered on expectations in the Ashes by hammering England on home soil to regain the urn. The Baggy Greens put their rivals to the sword, narrowly missing out on a second whitewash on the bounce down under, winning the series by a 4-0 scoreline.

Steve Smith led from the front with an outstanding series, scoring three centuries, including a double-hundred at Perth to guide his team over the line. Pat Cummins, Mitchell Starc, Josh Hazlewood and Nathan Lyon all starred with the ball to become only the third foursome to take 20 wickets each in a Test match series.

The Aussies now have the challenge of looking ahead to their defence of the urn. Australia have not beaten England away from home since 2001, but Smith’s men are considered the favourites for the series at 4/5 in the latest cricket betting odds. However, the Baggy Greens’ struggles are well noted in seaming conditions and work needs to be done to ensure a successful tour in 2019.

Smith is the player that Australia can continue to build around for their long-term future. Only the legendary Don Bradman boasts a stronger record than the 28-year-old in Test match cricket. He rose to the occasion to prove himself as the world’s leading batsman, outshining his counterpart Joe Root.

His innings at Brisbane proved to be series-defining as his century rescued his side from 209-7 to swing the momentum away from the Three Lions. Smith then put a further death knell in England’s hopes with his brilliant 237 at Perth to secure the urn. There are few concerns over his form, although he did not do brilliantly on seaming pitches in 2015, scoring his two centuries on the flat wickets of Lord’s and The Oval. That could be a concern given his importance to the team.

David Warner remains a solid operator at the top of the order, although he was not quite at his fluent best. Question marks remain over Usman Khawaja and Shaun Marsh, despite both players making runs in the series, especially in Sydney where both men made centuries. They have been in and out of the team and must take the opportunity to solidify their places.

Mitchell Marsh made more of an impact with the bat than the ball. His innings of 181 helped Smith crush Root’s men in Perth, while he notched a second hundred in Sydney. He holds a crucial place in the batting order and, should he ramp up the quality of his bowling, then Australia will have an excellent all-rounder to take into the series.

The bowling options take care of themselves, should the foursome remain fit. Mitchell Starc’s injury highlighted the lack of depth beyond the three seamers as Jackson Bird struggled in the fourth Test. James Pattinson could dispel those concerns with a return to fitness but there are concerns about the durability of all four of the quicks.

Other than injury worries, Australia need to nail down the opening spot next to Warner. England have endured similar problems for five years next to Alastair Cook, highlighting the difficulty of finding a Test-calibre player to open the innings. Cameron Bancroft endured a nightmare series bar his one good effort at Brisbane. Matthew Renshaw was harshly discarded before the Ashes, despite scoring a century against Pakistan. The Baggy Greens need one of those two players to find their feet, otherwise, they risk exposing their middle order to the new ball, which, in England, can be a devastating prospect.