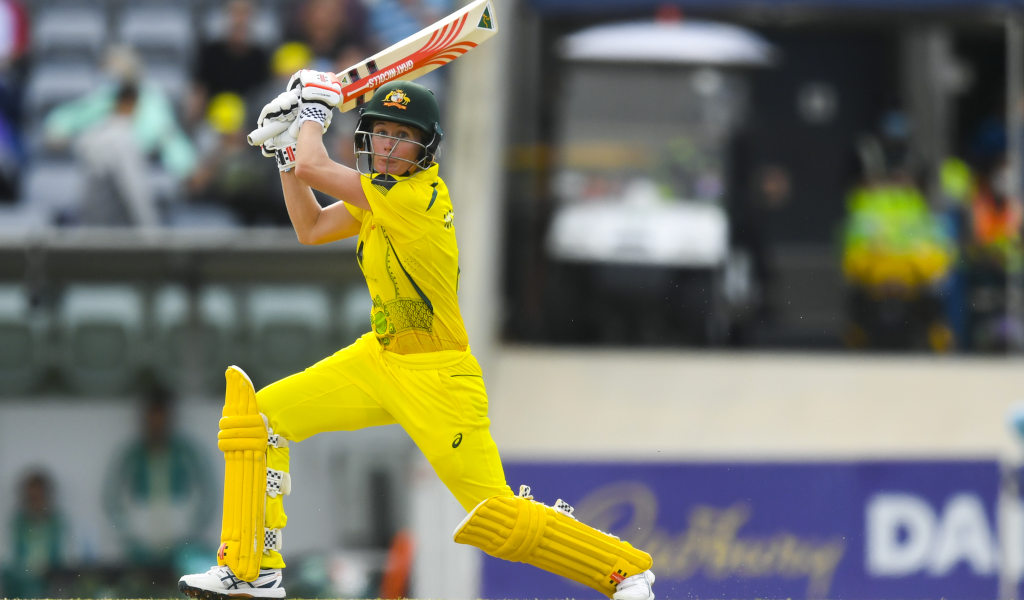 Australia have retained the women’s Ashes with a 27-run victory over England in the first one-day international of the multi-format series in Canberra.

England had required victories in all three of the ODIs to secure an Ashes victory, but they failed to recover from the loss of early wickets and were all out for 178 needing 206 to win.

The result ensures Australia retain the Ashes, a title they have held since the 2013-14 winter, taking an 8-4 lead in the multi-format series with two ODIs remaining.

The visitors struggled from the start to chase down the total, losing wickets quickly including the crucial scalp of captain Heather Knight for a golden duck to fall to 10 for two.

Nat Sciver was the pick of the England batters, with 45 from 66 but she was unable to form a partnership to put Australia under pressure.

England were always up with the required run rate but paid the price for lost wickets as, despite a last-wicket stand of 24 from Katherine Brunt (32) and Kate Cross (17) – and a dropped catch from Elysse Perry – England fell well short of their target.

With two ODIs remaining in the series, Meg Lanning’s side can go on and win the Ashes outright, while England will have to win the remaining two matches to avoid a series defeat.

It was always going to be a tough ask for England going into the ODIs, the final format of the multi-format series, with the hosts having been beaten just twice in ODI cricket since the 2017 World Cup – including a 26-match winning streak.

Knight won the toss and elected to bowl first, with England making use of early movement through the air to take wickets at regular intervals and prevent Australia forming large partnerships.

Beth Mooney played the crucial knock for the home side in the middle order, making a well-struck 73 from 91 balls.

Ellyse Perry fell for a duck but Australia’s lower order was able to rally around Mooney, with Tahlia McGrath hitting 29 and Alana King 18 to lift Australia to 205 for nine from their 50 overs.