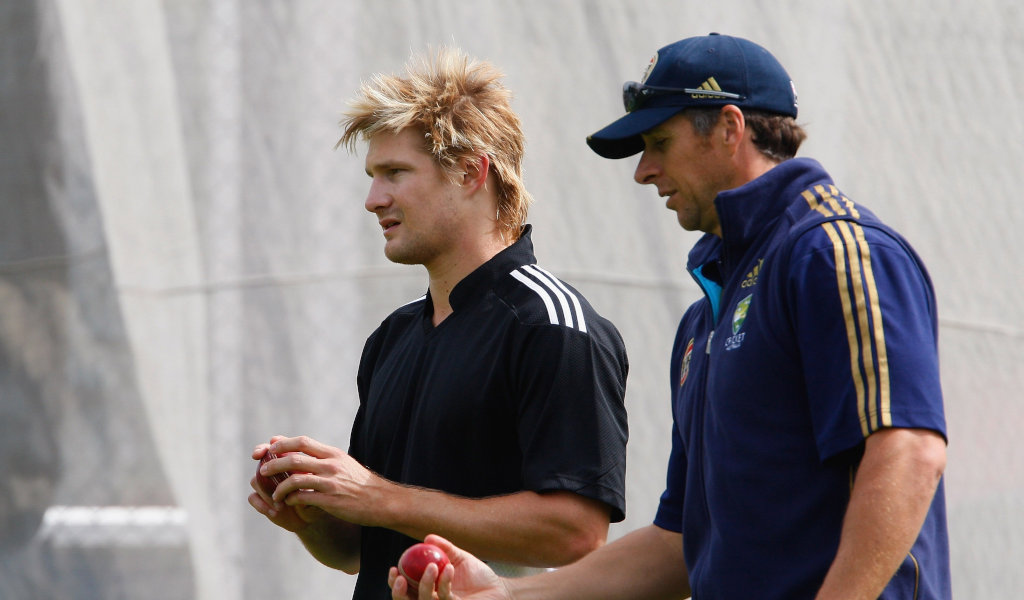 England have appointed Troy Cooley as a consultant pace bowling coach for their preparations ahead of the Ashes.

The England and Wales Cricket Board has announced the 55-year-old Australian is to work under elite pace bowling coach Jon Lewis supporting the bowlers’ preparations in Brisbane.

He will then assist the Lions seamers when they take on Australia A in a four-day match that starts on December 9.

Cooley was England’s bowling coach during the 2005 Ashes success and subsequently went on to take up the same role with Australia.

He joined the England Test players and Lions during the three-day intra-squad warm-up match that started in Brisbane on Tuesday.

ECB performance director Mo Bobat said in a statement from the governing body: “It’s great to have someone with Troy’s expertise and experience supporting our Ashes prep and also working closely with our Lions pace bowlers.

“Troy’s understanding of what it takes to be successful in Australian conditions is second to none, and the players are sure to benefit hugely.”

The first Men’s Ashes Test will begin at Brisbane’s Gabba from 8-12 December ahead of a day-night Test at the Adelaide Oval from 16-20 December. The traditional Boxing Day and New Year’s Tests will be played at the Melbourne Cricket Ground (26-30 December) and Sydney Cricket Ground (5-9 January) respectively, with the final Test scheduled for Perth’s Optus Stadium (14-18 January).

Tom Harrison, ECB’s Chief Executive Officer, said: “An Ashes series in Australia is a global highlight of the cricketing calendar and is always a focus series for England teams.

“It’s a hugely exciting prospect that both men’s and women’s squads will be heading to Australia. It promises to be a highly competitive and close contest with teams in both series, evenly matched. I have little doubt that the rivalry and drama will once again capture the interest of sports lovers across the globe.

“2022 is going to be an amazing year for Women’s cricket. With an Ashes, a World Cup in New Zealand and a home Commonwealth Games in Birmingham, this could be a landmark year for our team. It represents a huge challenge, but one Heather Knight and her talented squad are very excited about.”