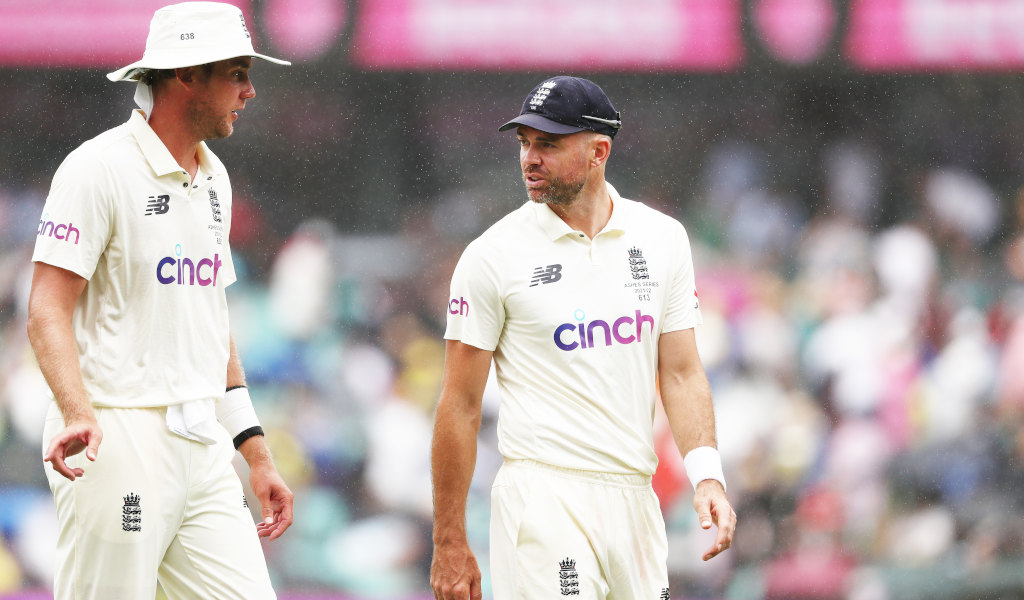 England took two late wickets to earn a foothold in the fourth Ashes Test in Sydney, as Australia dodged the showers to reach 126 for three on day one.

Stuart Broad continued to act as David Warner’s nemesis when he marked his return to the side with a familiar looking dismissal against the left-hander.

But Australia were building a strong foundation until late breakthroughs from James Anderson and Mark Wood dragged them back towards parity.

Joe Root broke an England leadership record when he walked out for the toss. It is not yet certain that he will continue to lead the side beyond this series but he is already in the history books as the country’s most tenured skipper.

Wednesday’s action marked the first working day in the newly named ‘Richie Benaud Media Centre’. Few characters are as beloved on both sides of the Ashes divide as the great leg-spinner, captain and commentator. Benaud, who died aged 84 in 2015, is honoured by a mural which includes the following inscription: “Cricket has so many meanings to so many Australians. It’s become precisely that, an Australian way of life. And what a life it is. Some would even go as far as to say, marvellous.”

After regular interruptions and just 46.5 overs of play on day one – a tick over half the scheduled cricket – time will need to be made up with an early start. The bad news? More rain is forecast. A delayed started is very much possible, but the outlook improves from mid-afternoon.