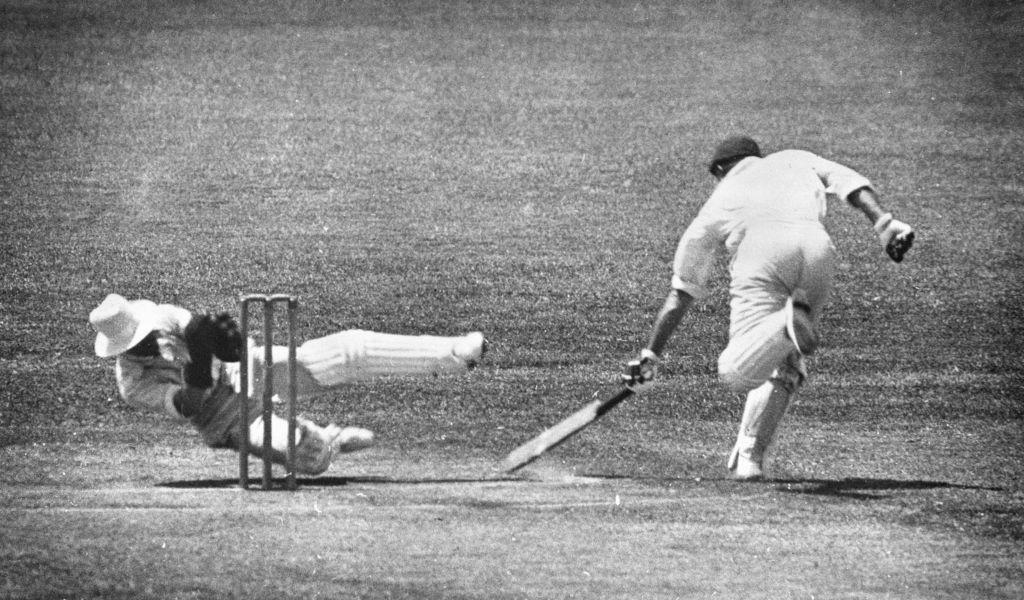 England’s second-successive defeat in Australia means they will have to match a feat which has only been achieved once before if they are to win the Ashes.

Here, the PA news agency looks back at that series 85 years ago.

A first innings of 358 built around Maurice Leyland’s century gave England a lead of 124 after Bill Voce took six for 41. England were wobbling at 144 for six second time around but captain Gubby Allen made 68 from number seven to set Australia 381 to win – and they were blown away for 58. They were seven for four after a duck for the great Bradman and some defiant late hitting from Arthur Chipperfield was in vain as Allen and Voce shared the nine wickets, with tail-ender Ernie McCormick absent hurt.

Second Test, Sydney:
England won by an innings and 22 runs

Wally Hammond piled up 231 not out in England’s 426 for six declared, which proved sufficient as Voce led twin demolitions of the home batting line-up. He took four for 10, Allen adding three for 19, in a first innings of 80 all out and though Stan McCabe (93), Bradman (82) and Jack Fingleton (73) anchored a better second effort, they were dismissed for 324 as Voce and Hammond took three wickets apiece. England’s innings success left them 2-0 up and surely cruising towards the urn. Surely…?

Both sides declared their first innings nine down, Australia on 200 and England curiously on just 76 after Morris Sievers took five for 21. Bradman, batting at number seven, made 270 and Fingleton 136 as Australia racked up an imposing 564 in the second innings to set England an unfeasible target of 689. They made it to 323 but spinner Chuck Fleetwood-Smith took five for 124 to see Australia to victory.

England had a first-innings lead as opener Charlie Barnett’s century led them to 330 in response to the hosts’ 288. But another double-century from Bradman, this time 212 before offering a return catch to become one of Hammond’s five victims, underpinned an Australian total of 433 and six wickets for Fleetwood-Smith saw England bowled out for 243.

Fifth Test, Melbourne:
Australia won by an innings and 200 runs

Having fallen 2-0 down with an innings defeat, Australia completed their comeback in similarly-emphatic fashion. Bradman was this time dismissed for a mere 169, with centuries too for McCabe and Jack Badcock and 80 for Ross Gregory as Australia scored 604. England were unable to respond, Bill O’Reilly taking eight wickets in the match as they were dismissed for 239 and 165.