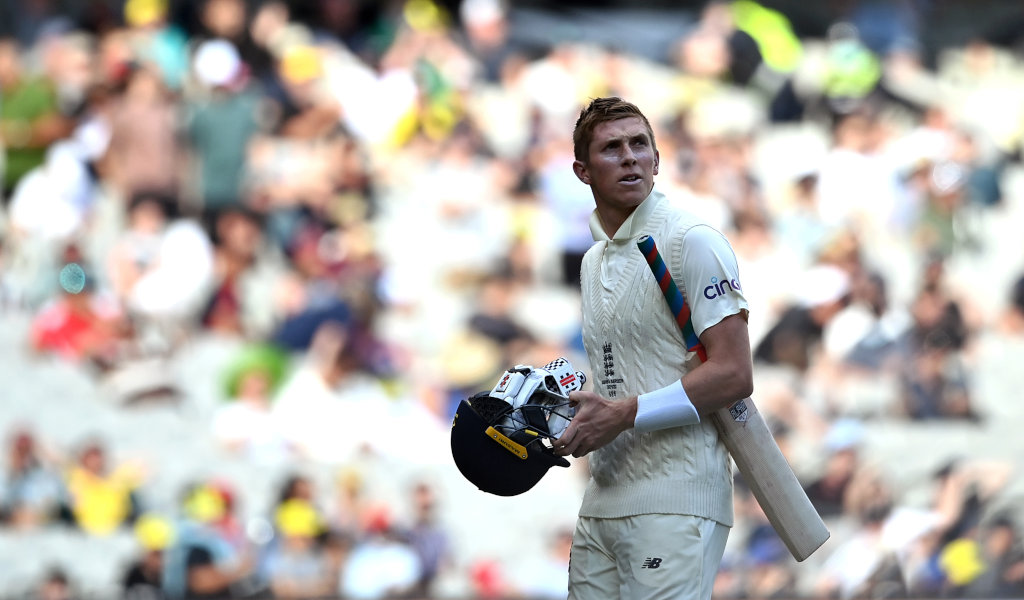 A venomous stint of fast bowling from Australia tore apart England’s fragile top order and all but assured the hosts will wrap up the Ashes with an unassailable 3-0 scoreline in Melbourne.

After being dismissed for 267, enough for an 81-run first-innings lead, their pace cartel caused carnage in a 12-over spell at the end of the second day to leave England reeling at 31 for four.

With England increasingly unable to compete with Australia’s quality, the only realistic, if unpalatable, exit strategy appears to be a Covid cancellation. Both teams are due to undergo PCR testing following an outbreak in the wider English party, with results anticipated before the start of day three.

England have seen three series fail to reach a natural conclusion since the onset of the pandemic. They left a Test tour of Sri Lanka in March 2020 and a white-ball trip to South Africa with three ODIs unfulfilled later that year, while India opted out of the deciding Test at Old Trafford last summer. Fingers are now crossed that one of the highest profile series on the cricketing calendar does not get cut short. Four positive tests have been returned from the England touring group – two family members and two backroom staffers – and if the virus has infiltrated the dressing room things could escalate quickly. As it stands, the current playing XI have all tested negative via rapid antigen testing.

England have yet to post a single substantive opening stand in six attempts since the start of the series. Their first-wicket partnerships make for grim reading, with five single figure contributions and a paltry high watermark of 23. They dropped Rory Burns for this match but have seen replacement Zak Crawley contribute a meagre 17 in two knocks, while Haseeb Hameed now averages 10.83 against Australia.

England reached the dubious landmark of 50 ducks in a calendar year when Haseeb Hameed was dismissed for nought in the first innings and topped up their tally with another two in their second. Zak Crawley and Jack Leach both failed to trouble the scorers, with the former becoming the 20th player on to join the club in 2021. The record stands at 54, by a previous incarnation of England in 1998, and there are six more chances for the current generation to pilfer the crown.

Every time Melbourne local Scott Boland has been involved in his debut Test, the MCG crowd has come alive. They toasted his first wicket, his two boundary catches and even booed the umpire’s decision to deprive him a maiden Test run by calling a leg-bye. But nothing matched the rapturous reaction when he bowled Jack Leach offering no shot to give him two scalps in three balls. His team-mates mobbed him in celebration afterwards.

The record wicket-taker has a reputation as England’s ‘Mr Grumpy’ but even he was doing his best to search for positives.