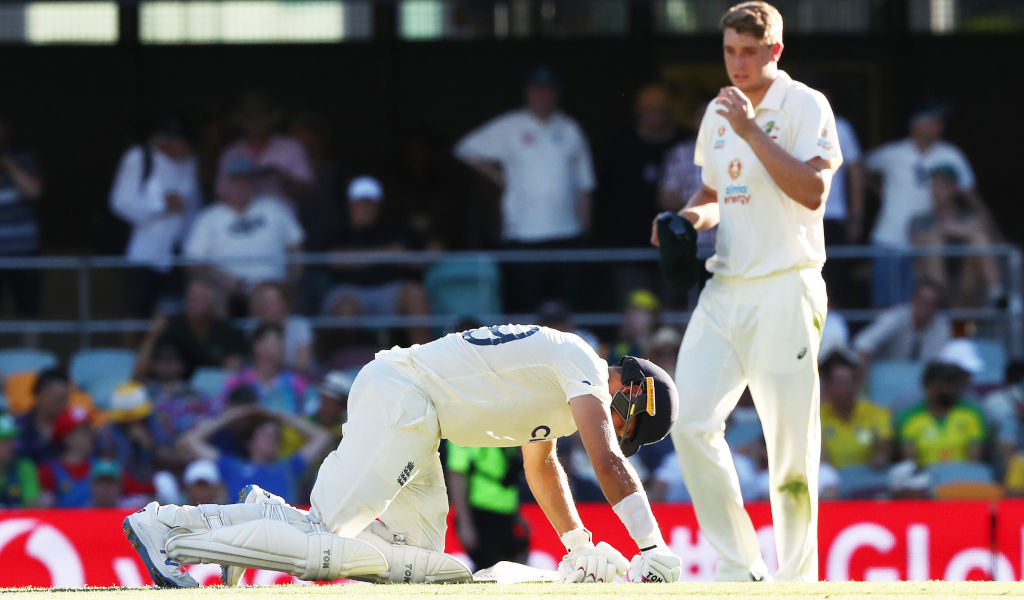 Dawid Malan helped Joe Root kickstart England’s Ashes campaign on day three in Brisbane and claimed nothing inspires him like Australian bowlers trying to “blow my head off”.

England’s latest tour got off to a demoralising start as they were rolled over for 147 on day one and then watched as Travis Head’s fine century allowed the hosts to reach 425 in response.

But a crushing lead had been thinned out to just 58 on the third evening as Malan and Root turned the tide with an unbroken stand worth 159.

Both men will be eyeing centuries when they begin the fourth morning on 220 for two, with Malan six behind his captain on 80 not out.

Malan is not in uncharted territory, having scored a fine century in Perth four years ago, but he was cut adrift after losing form and spent much of the intervening period believing his red-ball career was over.

He earned his recall in the summer through his efforts in the limited-overs game, but believes nothing compares to the intensity of a long-form battle against the old enemy.

“I actually said to Rooty when were on 40 or 50 and the Barmy Army were singing, ‘I’ve really missed this’,” he said.

“I’ve missed having someone trying to blow my head off all the time, the crowd going and the adrenaline going, playing against the best bowlers going around. Test cricket is the pinnacle.

“To be able to stand out here in an England shirt…I’m so proud to do that. Especially to do it here at The Gabba in front of everyone. It’s just really good fun.

“You can do as well as you want in Twenty20 or 50-over cricket, but you’re judged a lot by your Test career at the end of it. For us, an Ashes series is the biggest series of our calendar so to come here and get runs against this really good attack is very satisfying.”

No snicko, and two very different takes from Marnus Labuschagne and Dawid Malan on *that* close call! #Ashes | @alintaenergy pic.twitter.com/dyi7ex3Qbj

Malan was quick to point out that there is plenty more hard work ahead if England are to turn one good session into something more meaningful.

“The job isn’t done yet, just getting an 80 doesn’t mean you’ve made it, it’s about scoring the big hundred that will change the game,” he added.

“They are so brilliant at closing that door on us. We need one more good 100-run partnership to put a score on the board and then who knows what can happen? To come in after a day and a half of hard fielding and do what we did here was fantastic, but that’s only half the job.”

Over the course of his classy knock Root surpassed Michael Vaughan’s record of 1,481 Test runs in a calendar year for England and, with two more matches before the end of 2022, he has plenty of time top up his total.

He would probably trade that honour for another 14 runs on the fourth morning, as he looks to claim his maiden century on Australian soil in his 10th appearance.

“Joe’s record obviously speaks for itself, with what he’s done in his career,” said Malan.

“Batting with him is great because he takes the pressure off you, always looks to score and seems to find a way of putting the pressure back on the bowlers. It’s a great sign for us as a team that Joe is playing so well and leading from the front.”

Australia’s Marnus Labuschagne was not inclined to wax lyrical about Root’s prolific year, preferring to focus on putting an end to his stay as soon as possible.

“He batted really well and he’s obviously a beautiful player of spin and pace, but it’s not my job now to admire Joe Root’s innings,” he said.

“It’s my job to find holes in his game and help the team out. The Ashes are on the line and we have to keep putting pressure on him. If they keep batting well and scoring runs, we are going to need to go to plan A, B and C.”