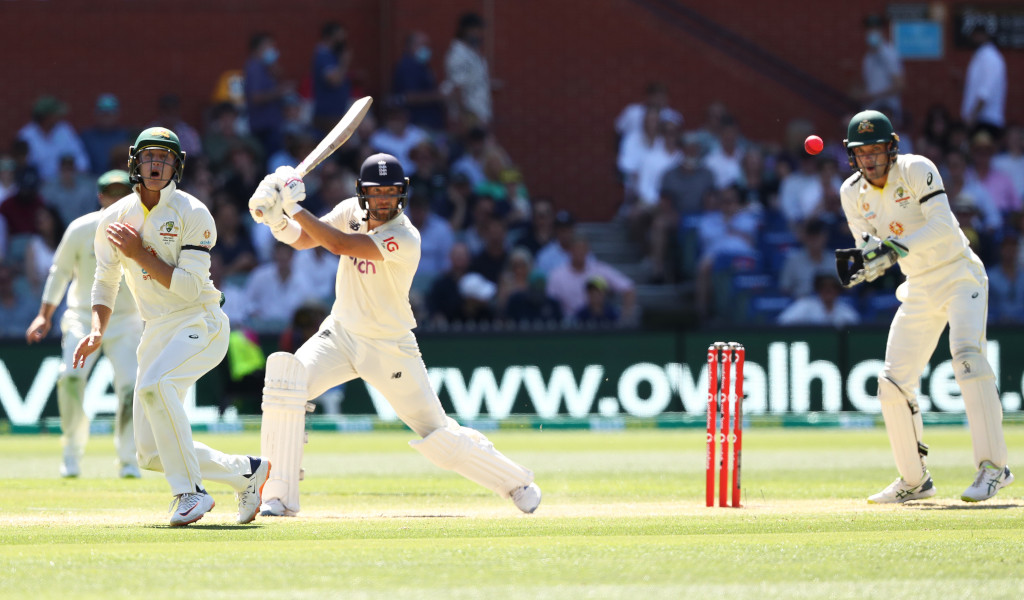 Dawid Malan knows England have to stop losing wickets in quick succession after another batting collapse on day three of the second Ashes Test.

Australia took a massive stride towards ensuring the urn stays Down Under by bowling England out for 236, before moving to 45 for one at stumps – a lead of 282.

The day had started positively as Malan (80) and captain Joe Root (62) led the tourists to 150 for two before Australia hit back after lunch as England lost eight wickets for just 86 runs.

A similar collapse cost them in Brisbane and Malan says it cannot go on.

He told BT Sport: “It is a little bit of a trend, it is something we did on the last tour as well and we did this in the last Test here as well, we get a little bit of momentum and a partnership going and when the Aussies get one wicket they take two or three in clusters and we can go from 150 for two to 180 for six and we are chasing it again.

“We need to get better when we lose that one wicket to make sure we get another partnership going as quickly as possible.

“After we lost those two wickets last night we needed to get a partnership going which myself and Rooty got, we got ourselves into a half-decent position and once again when the Aussies got that door open they just jumped straight through it.

“It is disappointing, frustrating that we have got ourselves back into the fight but we lost too many wickets in clusters there.

“I didn’t play a great shot, when you get to 80 you want to be making them count, especially out here, so to get out how I got out was disappointed.

“A few of us played shots we will look back and wish we didn’t but that’s cricket.”

Malan’s partnership with Root was the second time in the series the pair have shared a lengthy stand and he enjoys batting with his Yorkshire team-mate.

“I do, he is one of the best batters to have ever played the game,” Malan added. “If you look at his numbers and where he has done it, to be able to watch him and learn how he goes about it, every innings he seems to find another way to score runs.”

England missed a chance to get themselves back in the match as they could only take one wicket under the lights in the evening session and Malan knows something “crazy” is going to have to happen to avoid defeat.

He said: “We got that one wicket tonight so hopefully we can have a crazy hour or two somewhere. We have to take wickets and to try and put them under as much pressure as we can and then bat for a very long period.”