Home The Ashes Day One of Second Ashes Test: Dropped chances and a traitor in the booth

Day One of Second Ashes Test: Dropped chances and a traitor in the booth 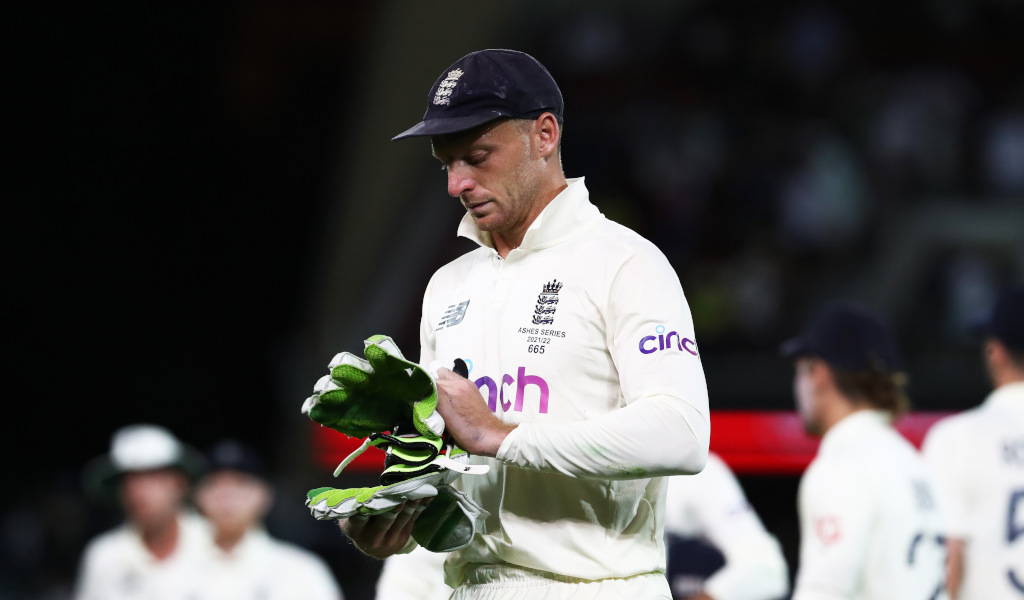 Australia controlled the first day of the second Ashes Test in Adelaide, reaching 221 for two as England’s bowlers endured a joyless time with the pink Kookaburra ball.

David Warner made 95 and Marnus Labuschagne finished not out for the same score after Jos Buttler dropped him twice. Buttler’s travails encapsulated another difficult outing for Joe Root’s side, who have a mountain to climb if they are to push for the series-levelling win they badly need.

A week without tweak

England’s decision to drop Jack Leach and play four frontline seamers alongside all-rounder Ben Stokes meant they went in to an Ashes Test without a specialist spinner for the first time in two decades.

Back in 2001 England left out Robert Croft in favour of a pace quartet comprising Darren Gough, Andy Caddick, Alex Tudor and Alan Mullally.

England won that match by six wickets but recalled Phil Tufnell for the next game.

Buttler will probably never forget a drop that will go down as one of the very worst by an international gloveman.

Cricket Australia’s social media affiliates were happy to draw attention to it with a clip, labelling the miss an “absolute sitter” while the name ‘Ben Foakes’ began trending on UK Twitter as England fans turned their minds to a man who is widely regarded as the safest wicketkeeper in county cricket.

David Warner predicts a possible pingdemic over the course of the series after Australia captain Pat Cummins was forced out of the match and into a seven-day isolation after dining next to a Covid carrier on the eve of the match.

Former England bowler Steven Finn, an Ashes winner Down Under in 2010/11, let a faux pas slip during a commentary stint for Test Match Special.

Labelling Australia great Glenn McGrath his “childhood hero” was bad enough but his admission that he went as far as buying one of their 1999 World Cup shirts was a step too far for some.

Upon hearing the revelation, the official Barmy Army Twitter feed went all in for mock outrage, labelling Finn’s words “a sackable offence”.