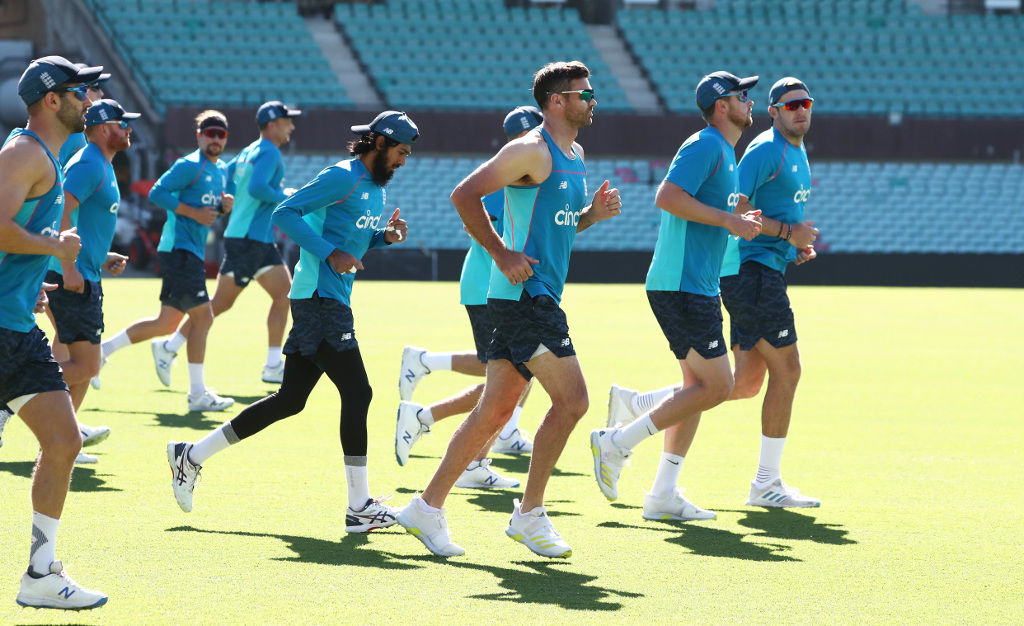 The England and Wales Cricket Board (ECB) has said it will investigate after police were called to break up a drinking session marking the end of the Ashes series.

Players and staff from both teams enjoyed a get together in the aftermath of Australia’s 4-0 series win in Hobart late on Sunday night, standard practice at the conclusion of a tour, but their socialising proved too rowdy for a fellow guest at the Crowne Plaza Hotel.

Tasmania Police were called and sent four officers to bring an end to the boozy gathering, which had spilled out on to an open air terrace.

In the footage one of the police officers is heard to say “you’re too loud, you’ve obviously been asked to pack up” and “time for bed” with a clock in the background showing the time as 6.30am.

The party happily makes its way watched on by staff members, but a voice which appears to be that of England assistant coach Graham Thorpe identifies the group of players before adding “just video this for the lawyers”.

An ECB spokesperson said: “During the early hours of Monday morning, members of the England and Australia men’s teams shared a drink in the team areas of the hotel in Hobart.

“The hotel management received a noise complaint by a hotel guest and, as is commonplace in Australia, the local police attended the scene. When asked to leave by hotel management and the Tasmanian police, the players and management in question left and returned to their respective hotel rooms. The England party have apologised for any inconvenience caused.

A statement from the local authorities said: “Tasmania Police attended the Crowne Plaza Hobart on Monday morning after reports were made of intoxicated people in a function area. The guests were spoken to by police just after 6:00am and left the area when asked. No further action will be taken by police.”

The incident appears to be a minor one in itself, hinging on little more than a few raised voices after a long winter tour, but may cause the ECB to look further at the issue of team culture.

A midnight curfew has been in place on all England trips since a number of late night incidents in the build-up to the last Ashes tour four years ago, but when Covid-19 restrictions allow there is an element of freedom that allows players to enjoy nights out at certain times.

Alcohol has also been available in the communal bar areas shared by the teams during the Ashes.

England management are well aware they have asked their players to undergo taxing ‘bubble’ conditions on numerous occasions and for long periods since the onset of the pandemic and would be loath to tighten the net even further.

But they will be equally keen to quash talk of a drinking culture given their thrashing in Australia and a sequence of one win in their last 11 Tests.

The matter could now form part of a tour review by Ashley Giles, the managing director of men’s cricket.

It could also be seen as an issue of discipline following public calls from head coach Chris Silverwood and bowling coach Jon Lewis for fast bowler Ollie Robinson to improve his fitness and conditioning.

As the final act of a tour that has lurched from low ebb to new nadir, it is a fitting send off.