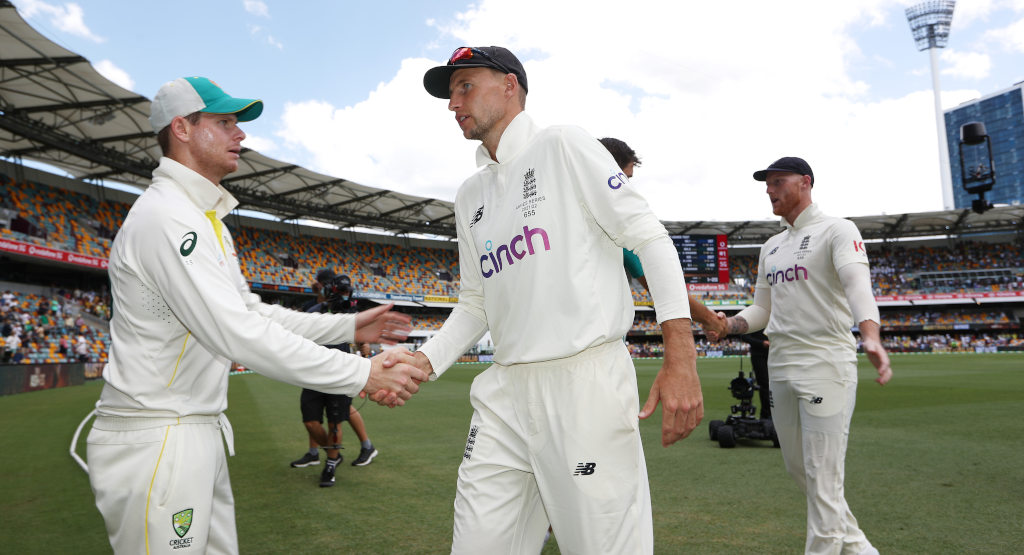 England slumped to a nine-wicket defeat in the first Ashes Test, paying the price for another costly collapse.

Sliding from 220 for two overnight to 297 all out, they left Australia needing just 19 runs to secure a handsome fourth day victory.

England cut down at The Gabbatoir

Wait goes on for Root

After being dismissed for 89, Joe Root is still waiting for his first Ashes century Down Under. Getting started is no problem, but the England captain will be kicking himself for failing to convert one into a three-figure score.

The ‘Brisbane Barmies’ did not get too much to cheer on the field during the past four days and took it on themselves to make some fun of their own. Josh Hazlewood was game enough to sign an autograph on the boundary edge, not realising the small print contained a cheeky reference to Australia’s ball-tampering scandal from 2018.

After being rushed into the team following the sexting scandal which took down Tim Paine, Alex Carey took eight catches on debut – the most of any wicketkeeper on their first appearance.

England to pay the price for go slow?

As if losing the opening match of the series by such a large margin is not bad enough, England could find themselves leaving Brisbane with even less than nothing. Former ICC elite umpire Simon Taufel suggested during a segment on Channel 7 that the match referee could level a World Test Championship points deduction against England for their slow over-rate. In an elongated second day, Root’s side were only able to send down 84 from a scheduled 98.