England go down to Australia in second Women’s Ashes ODI 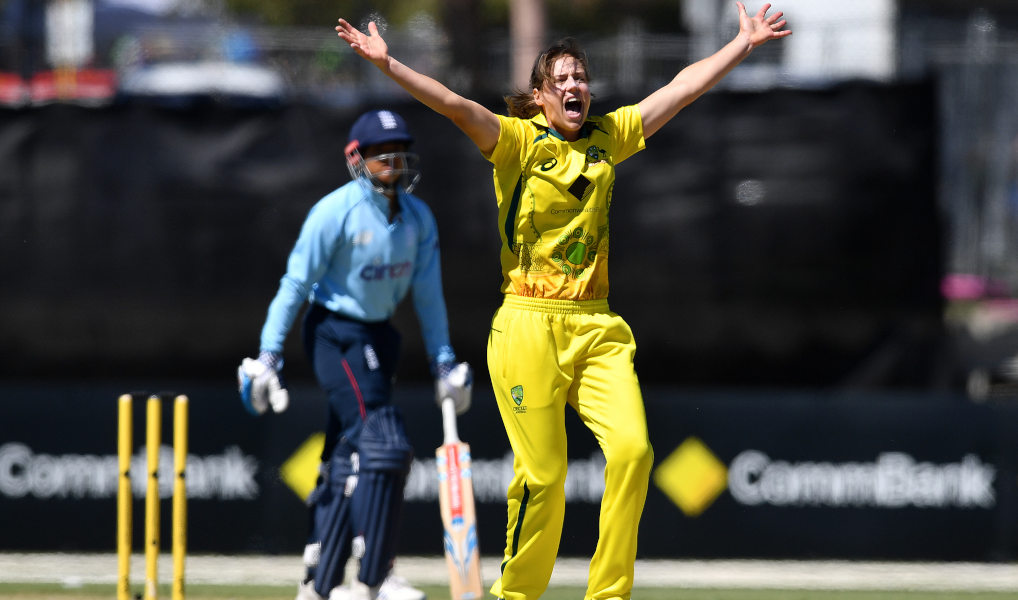 Australia have defeated England by five wickets in the second ODI of the Women’s Ashes in Melbourne.

The win pushed Australia to a 10-4 lead in the series.

Australia won the toss and send England to bat first. The tourists, who dropped star bowler Katherine Brunt from the team for the day, only racked up 129 runs.

England’s lacklustre batting left them with the a top score of 22 off 35 from Amy Jones.

The target was an easy one for Australia to chase and, despite the locals losing wickets quickly early on, they clinched the victory in the 36th over.

Elyse Perry was awarded player of the match, having taken three wickets and becoming top scorer with 40 runs from 64 balls.

“Really lovely to win the Ashes…just a great day to play cricket. It’s nice to get a few away early, always settles you. To finish the game to the way we did was really pleasing,” Perry said after the match.

“You had to grind out tough runs, only Sophie and Amy who showed us how to do that. Another what might-have-been but these are the lessons we can learn before the World Cup. We’ll have to find a way to address then attacking the stumps and find a way to get some partnerships.”

Australia skipper Meg Lanning lauded the efforts of her bowlers.

Lanning said: “I thought it was an outstanding effort from our bowlers.

“Think the wicket’s a bit better than both sides showed.

“Nice to be able to finish them off.

“Darcie missed out today so it gave Pez the opportunity to take the new ball…is bowling as well as she has for a long time. We probably haven’t played out best in the series but have won the big moments.”

The third and final ODI will also be the last match of the tour, and will take place on Tuesday.