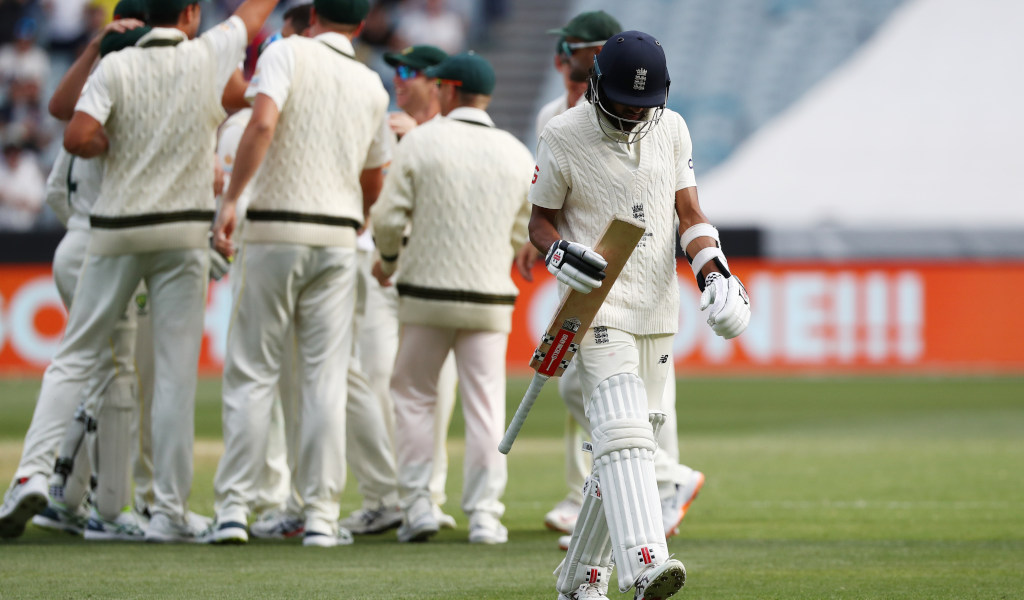 Australia turned in a fierce spell of new ball bowling late on the second day of the Boxing Day Test, as a cacophonous MCG crowd roared their side to the brink of Ashes glory against a punch-drunk England side.

Having bowled out Australia for a creditable 267 the tourists appeared to be on course for their best day of what has been a progressively painful series, but the final hour was the stuff of nightmares as they closed on 31 for four – still 51 behind.

Bellowed on by a delirious Melbourne crowd that peaked at almost 43,000 Mitchell Starc came close to a hat-trick as he ripped out Zak Crawley and Dawid Malan with successive deliveries then fizzed the next past Joe Root’s outside edge.

Incredibly, England could easily have been in even bigger trouble by the close with a handful of near misses, lucky escapes and outright brilliant balls leaving them in dire straits after 12 overs of electric cricket.

Root and Ben Stokes somehow clung on for the close but at 2-0 behind in the series and with the gulf between the sides mercilessly exposed once more, there seems no way back.